Through trials and tribulations, Yak & Yeti continues to dish out adventurous flavors 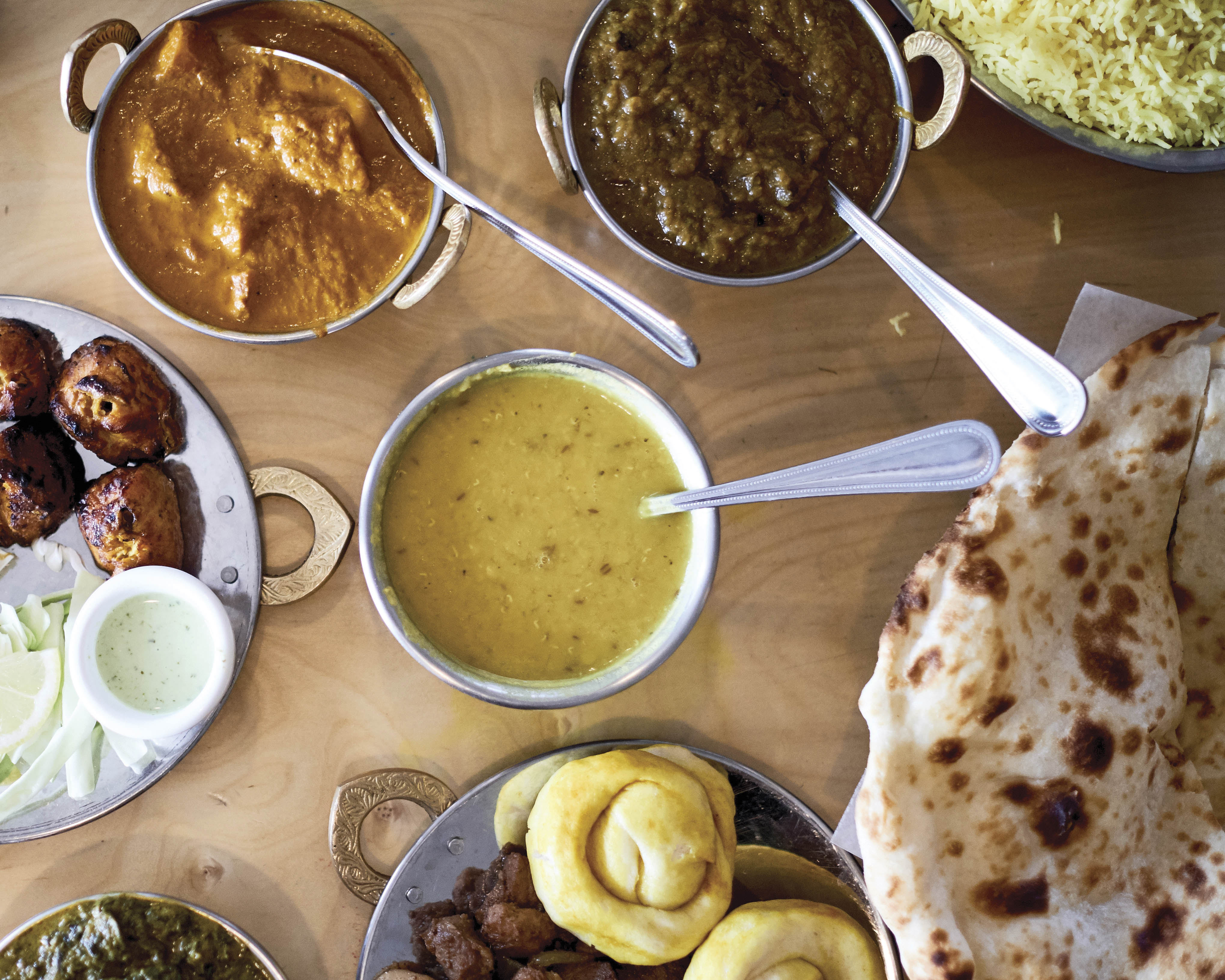 The best word, perhaps, for Spenard’s own Yak and Yeti Himalayan Restaurant is adventurous.

The tiny box of a restaurant sits right on Spenard Road, two doors down from Pho Lena and Frigid North, and right across the street from the newly revamped Carousel Lounge. It’s painted a deep red and has a warm, friendly atmosphere with casual chairs and tables, the latter set with functional plates and metal water glasses. It feels comforting, like sitting at the little table outside your grandmother’s kitchen.

Meeting the owners, Lobsang Dorjee and Suzanne Hull, is an adventure, too. This is their first restaurant, which opened in 2008.

Intrepid customers will find a host of foods from Dorjee’s country of origin, Tibet. The menu is compact, but full of delicious tastes that represent Indian and Tibetan foods.

“We want to have well-traveled, adventurous eaters,” Hull said. “It’s not your typical fare.”

Dorjee grew up making food in a small town outside of Darjeeling, India.

“My brothers would tease me for cooking,” he said. “I would also sneak down to the town and buy Indian food when my mom would make a home-cooked Tibetan meal.”

He went to school for programming at the University of Alaska Fairbanks and eventually moved to Seattle. Four days after he accepted a job in Alaska and moved back to Anchorage, he met Hull at a party.

“There was a familiar, comfortable connection from the beginning,” Hull said.

The couple has three children — ages 22, 14, and 13 — the eldest grew up helping in the restaurant, and still does.

Yak and Yeti’s main restaurant sits in the same building that housed The Noodle House before. It was a mess, Dorjee says, and almost everything had to be repaired or replaced, from the carpets to the kitchen appliances, to the ceilings and frozen pipes.

“Opening a restaurant was hard,” Hull said. “We lived and breathed it every day.” 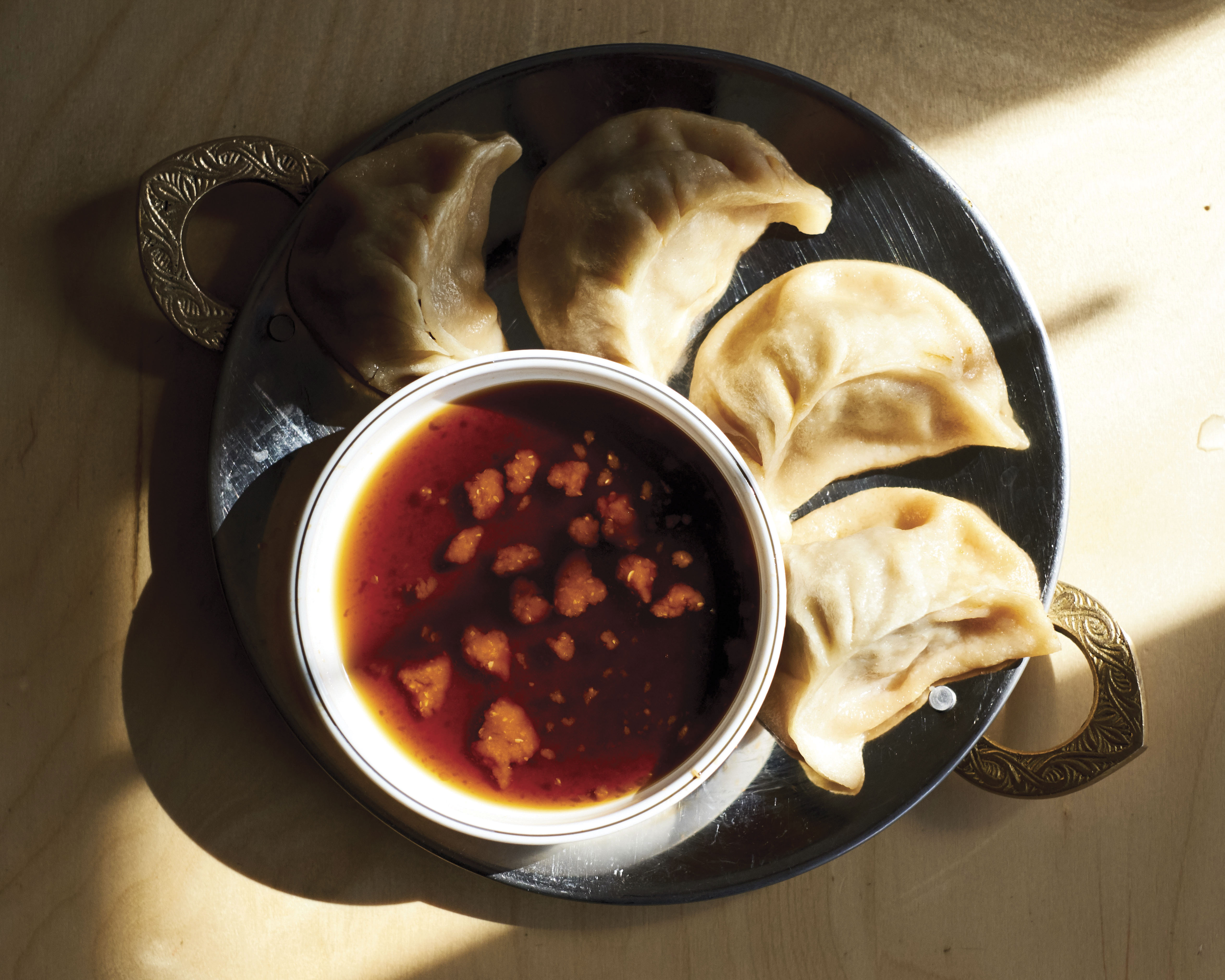 You can find a tasty stir-fried spicy pork dish called kalimpong shapta from Tibet as well as a Nepalese pokhara lamb sekhwa, which is marinated shrimp cooked tandoori style. Chicken tikka masala is a customer favorite, as are the Tibetan dumplings, or momos. The spicy goat curry is another of Dorjee’s signature dishes, with tender meat served on-bone and smothered in a spicy curry sauce.

Then there’s the Naan bread, an Indian food staple that the restaurant makes traditionally, in a hot, round Tandoori oven.

“It’s not easy,” Hull said. “Lobsang still has scars on his forearms from making it over the years, and I have lost my eyebrows and lashes from it, too.”

In 2012, the couple expanded and opened the Yak and Yeti cafe next to Title Wave Books. Formerly Marty’s Bagel Shop, the cafe offers a smaller selection of its unique dishes in an easy  grab-and-go form. The rice bowl offers one, two or three different items for the same affordable $10, including palak paneer, a vegetarian dish that consists of spinach and homemade cheese cubes.

The first few years of running Yak and Yeti were great, Hull said, and it afforded her to be able to quit her job as an English teacher at Dimond High School and focus on the restaurant full-time. Lobsang did the same, no longer having to stay at his desk job in IT.

The last few years, however, have not been as kind. Dorjee blames the economy for fewer customers.

The couple ended lunch service at the main location in Spenard, then moved to a three-day-a-week dinner model. The iconic cafe rice bowls have gone from three differently-priced options to a single option.

Hull has gotten her real estate license; Dorjee may need to take a second job, as well.

“Even though it’s an out-of-the-way location,” Hull said. “Spenard is a nice, safe place.”

Make time for an adventure to Yak and Yeti on Spenard Road for dinner, or the cafe when you want a delicious lunch. Hull and Dorjee will thank you, their employees will thank you and your stomach will, too.