The traditional barbershop: A ritual worth preserving 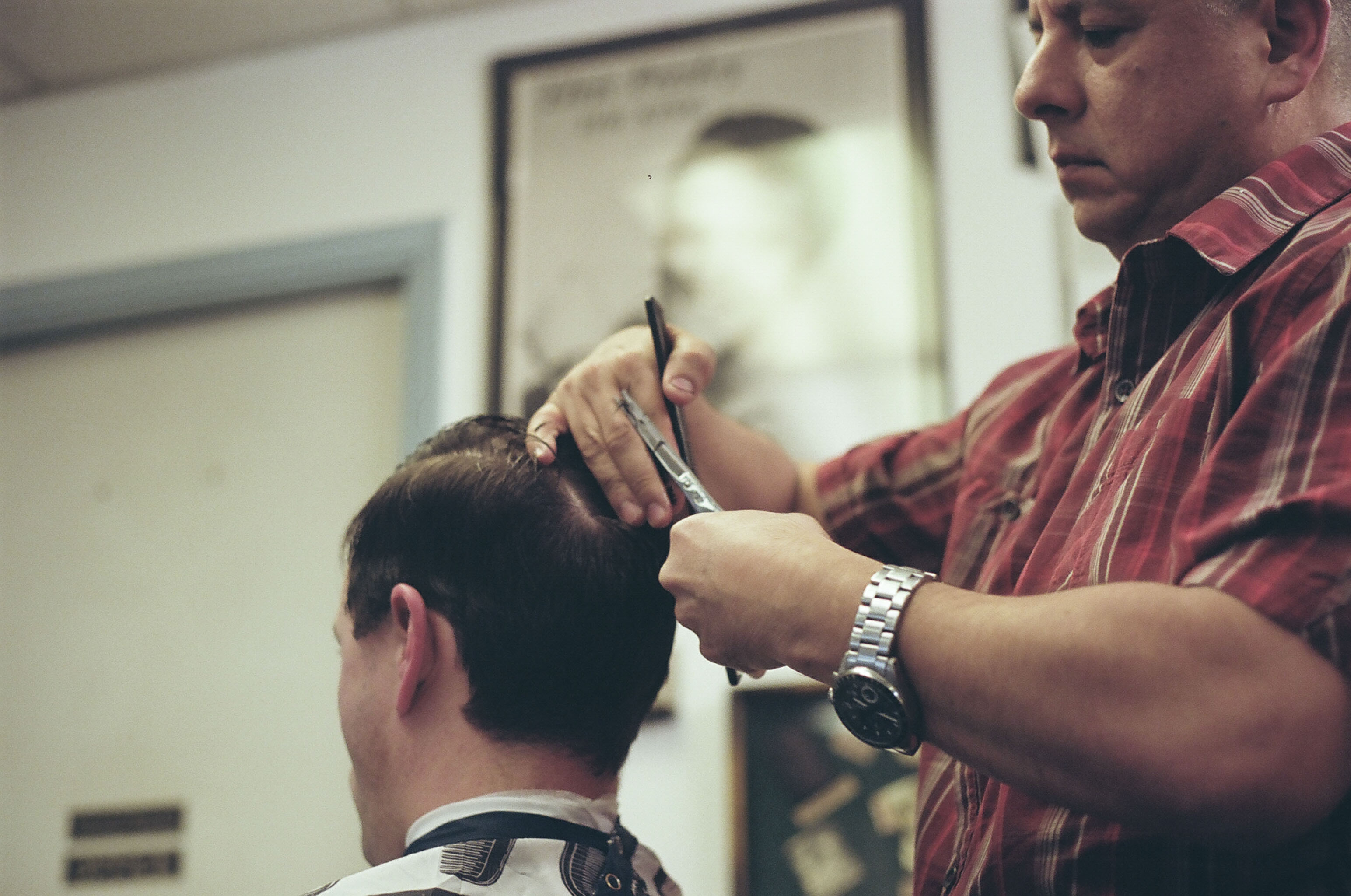 Earlier this winter, I spent some time traveling around Mexico with my husband. A few weeks into the trip, he was in need of a visit to the barber.

Being in an unfamiliar place and not speaking the language as fluently as we wished was initially a daunting task. After walking around in circles through a neighborhood that was not chock-full of American tourists, we managed to find a place that he thought looked promising: a no-frills, old-school-looking barbershop filled with two iconic barber chairs, several folding chairs, a dark-brown mini-fridge, an old TV that was playing a black-and-white movie in Spanish and a table of semi-recent newspapers and magazines.

The barber was an older gentleman, and just by watching him work you could tell he’d been at it for a long, long time. As I sat and waited for my husband’s cut and shave to be finished, I had ample time to look around the room and absorb my environment.

I was surrounded by a handful of Mexican men. There were two barbers — the older one cutting my husband’s hair, and the younger had just gone out and brought beers back. There were two men waiting, and an assortment of locals popping in and out to share news or just say hello). Lastly, there was my husband (who, with his Italian blood and several weeks of constant sun, could almost pass for Mexican… minus the whole glacier-blue eyes thing), and me: a freckled, blue-eyed, red-haired New York Jew turned Alaskan yogi.

I felt like I was sneaking a little glimpse into a sacred ritual of the opposite sex: a space I wouldn’t normally see. I felt fortunate and extremely intrigued.

Sitting in that black folding chair, I began cursing myself for not having my camera. This was just the sort of thing worth capturing. Duh, I thought.

Then it hit me. This is the type of sacred space we don’t give nearly enough credit. I thought of all the unisex or super feminine hair salons I had heard about or passed while driving around Anchorage and mentally compared all of those to the very small number of straight up barber shops I’ve seen or heard about. Is this a dying thing? Where are all the barbers in Anchorage?

Cue Danny Uriarte. He’s been a barber for 26 years and has owned and operated the Anchorage Barber Shop for 16 years. His shop sits at 2960 Minnesota Drive —the Carrs’ Plaza to us Spenardians — just across the road from the Northern Lights Plaza.

Uriarte notes that there is a Great Clips in that plaza, which boasts lightning-fast haircuts at a cheap rate, often combined with some type of extra discount or special offer.

Uriarte says that these big-chain hair joints do pose some competition but notes he has a steady stream of regular clients, about 25 to 30 coming in daily for cuts. He says his clients are more interested in quality than quantity. I thought fondly of the Mexican barber shop and the friendly locals that came in casually throughout my short time there.

The Anchorage Barber Shop itself is decorated simply: a black-and-white checkered floor, Alaskan men-centered magazines stacked on a table in the waiting area, framed old vintage photos and a flat-screen TV. While we were talking, several clients walked in for cuts, and I got the opportunity once again to observe this long-established ritual.

Uriarte greets his clients as they climb into the barber chair before them. They are positioned strategically in front of the TV, where they can relax and enjoy the pleasant distraction. Uriarte then turns on his laser-focus eyes and the cut begins. He pipes in here and there with polite small talk, inquiring about this or that, but never breaking his concentration. At the end of the cut, Uriarte does the once-over. He checks for detail and accuracy and gets rid of those pesky loose hairs that get stuck on your skin. He neatly sweeps the hair off the floor, and the client settles up. He moves intentionally and efficiently, and just like that, the space is again ready for the next client.

I asked Uriarte if he had any help at his shop. When he first said he served upwards of two dozen clients a day, I thought that was a lot for one person. After observing him breeze through three clients back to back, I was no longer skeptical.

He replied he’s a one-man band. There are several options for barber school in Anchorage, he explained, making the pool of potential hires few and far between. There are more choices for beauty schools in town, Uriarte said. The local barber scene is dwindling.

The next thing I know, a glowing smile spread across his face like wildfire. Uriarte wishes to open his own barber school. This training program would involve a barber apprenticeship program that would train new barbers that appeal to a wide variety of clients, not just a particular community. With his contacts, apprenticing barbers will be able to get into a shop right away, train with someone more experienced than them, and continue learning and refining their skills.

Suddenly, I found myself breaking out into the same sort of glowing smile. I was joyfully taken back to memories of how happy my husband was post-cut because his barber in Mexico just knew exactly what to do, despite a language barrier. Uriarte knew his clients’ clipper numbers and they all left looking trimmed and neat, more cheerful than they were when they came in.