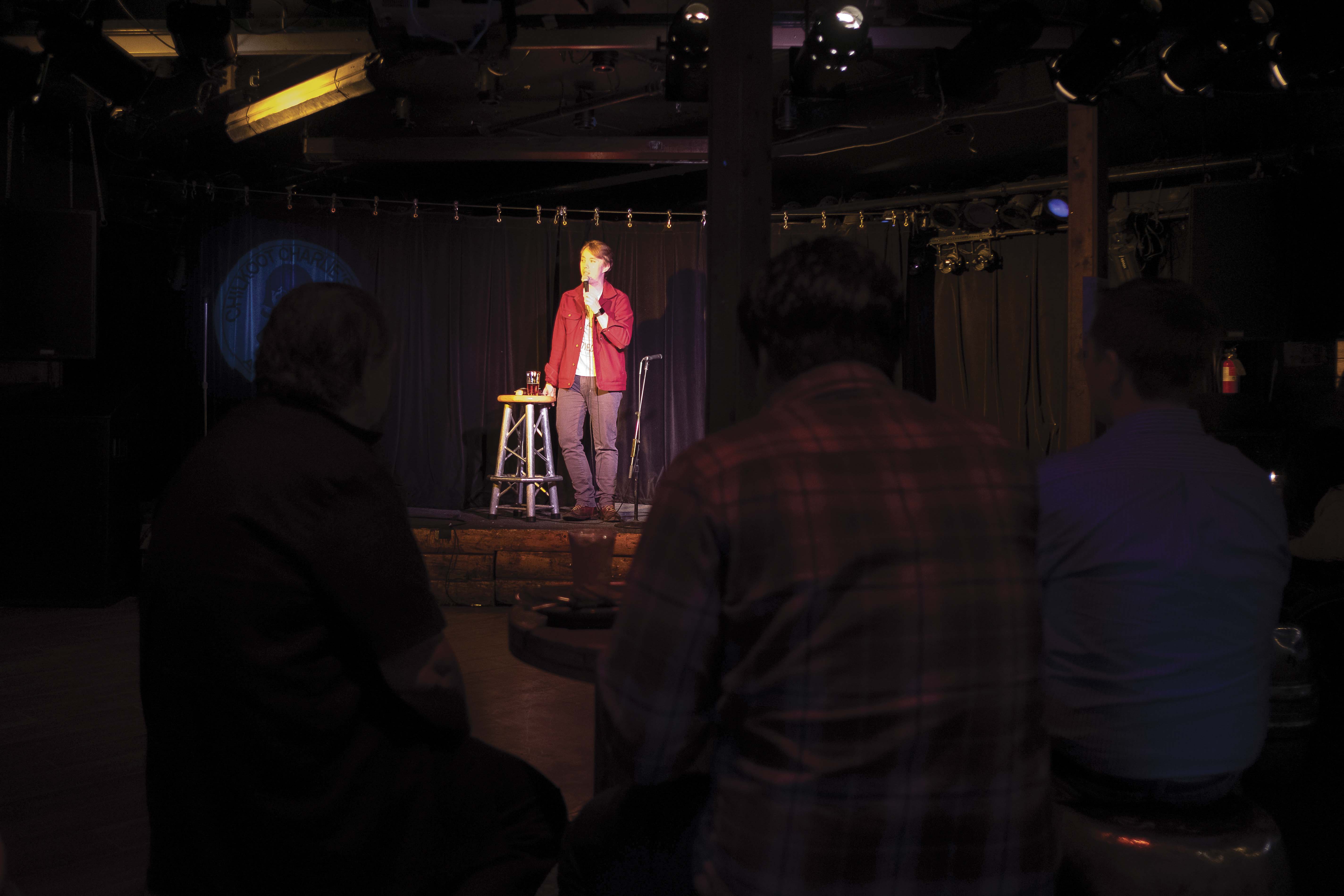 It’s a Wednesday night at eight o’clock and you’re at a bar.

As you walk onto the sawdust-covered floors, underneath the multi-colored string lights and past the seasoned regulars, you start to hear scattered laughs. Hang a left and you’re there: the tucked-away corner where people come to share, to grieve, to learn, and above all, to laugh.

For years, Koot’s has been home to the local scene, with comics of all backgrounds, ages and genders religiously hitting the stage every Wednesday and Sunday for their five minutes of limelight. On any given night, expect to hear feminist rants; adult men lisping through a set, reliving their broken childhood; bittersweet reflections of a life lived with Parkinson’s; raucous laughter and, at times, deafening silence.

“If you can handle Koot’s on a Wednesday night, then most clubs down south will be a breeze,” Kass Smiley, local comedian and independent producer, said.

Smiley has been an active player in the local scene for almost 10 years. Originally a musician, Smiley gave comedy a shot when a stranger heard a comedic song she wrote and invited her to an open mic that was more comedy-friendly. She took him up on his offer, and after that, was hooked.

“Laughs felt better than singing sad folk songs to people who didn’t want to hear them every week,” Smiley said.

For many of the regulars at Koot’s, like Matt Burgoon, a Minnesota transplant who performs at open mics around town every week, comedy is a passion.

“I get jobs where the hours I work won't interfere with shows at night or weekends,” Burgoon said. “While I was in college I scheduled my classes around when I do comedy. I'm always kind of thinking about it in the back of my head.”

Though the scene is passionate, it’s deflating, with many comics noting a steady decline over the past decade.

“In any other city there would be a comedy club next to a metro or bus line that operates Wednesday through Sunday,” Smiley said. “We don’t have that in Alaska.”

This time, fondly remembered by local comics, was the golden age of Anchorage comedy. Led by Alaska comedy legend Greg Chaille, now a manager for popular comedian Doug Stanhope, Koot’s was the place for nationally-known comics like Andy Hendrickson and Billy Wayne Davis to perform.

“Back then, Koot’s was bringing up headliners every other week,” John Norris, part-time Anchorage comic and full-time video producer, said. “If we didn’t eat shit on stage, we were able to open for the headliners.”

Now, people like Smiley and Norris are trying to light the fire once again. Last year, Norris started Bear Bones Comedy, working as an independent producer to bring national talents like Kristen Toomey, Barry Rothbart and Beau Johnson to Alaska. In April, Smiley kick-started the Alaska B4UDie Comedy Festival, a six-night event featuring more than 50 national comedians. Of the 18 shows Smiley produced, 10 of them sold out. She’s already begun plans for next year.

Coming to an open mic at Koot’s is like seeing people through a microscope. It’s a myopic place where you can see the very best and the very worst of people. On some nights, comics can crush it, and on others, they get crushed.

Though comedy in Anchorage has seen brighter days, the comedians who populate the scene aren’t giving up. Just like the comics that make it a reality, the Anchorage comedy scene keeps powering through its set, rolling with the laughs, the applause and the silence.

“If I didn’t get some kind of satisfaction from it, I wouldn’t do it,” Smiley said. 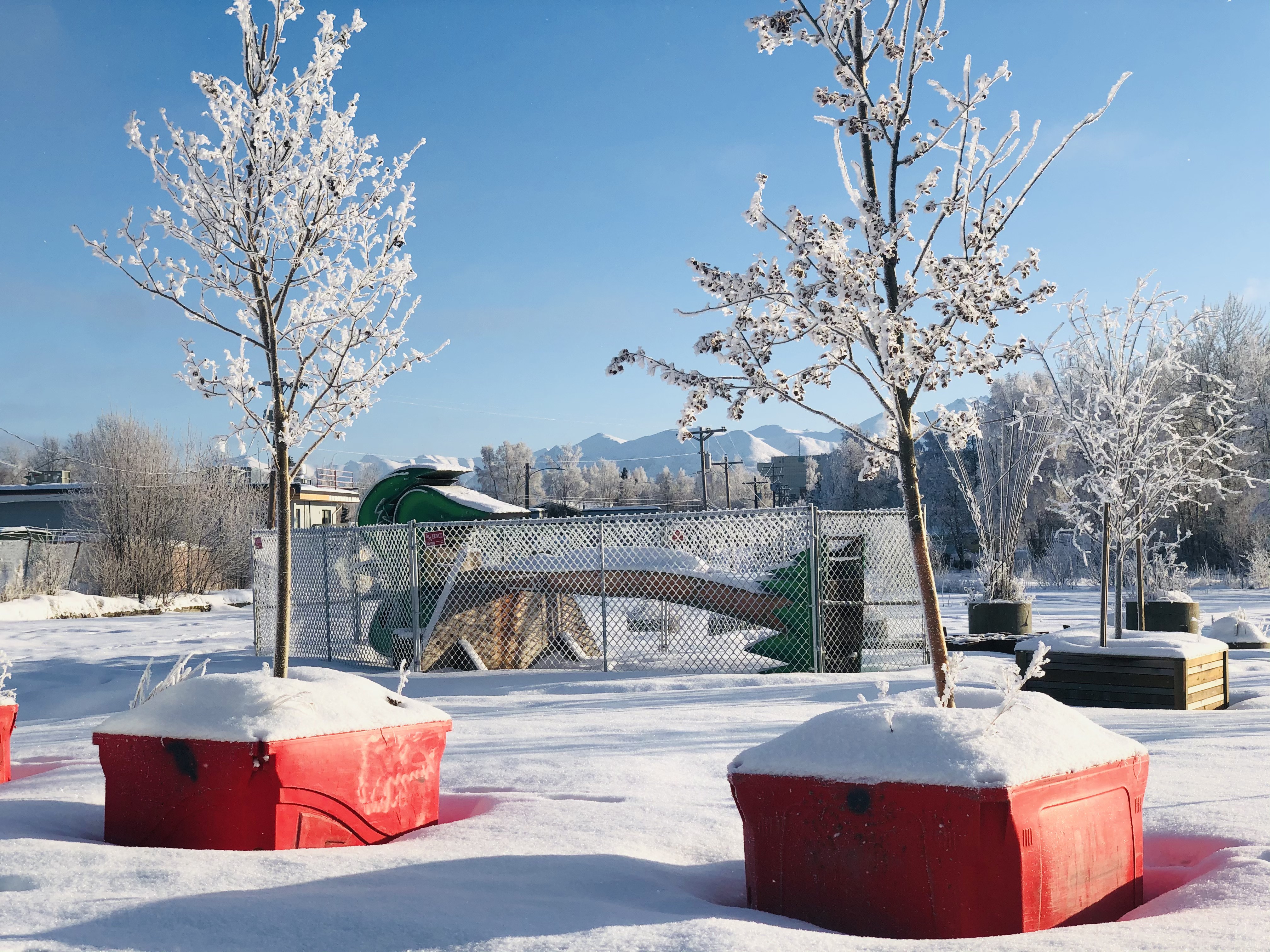