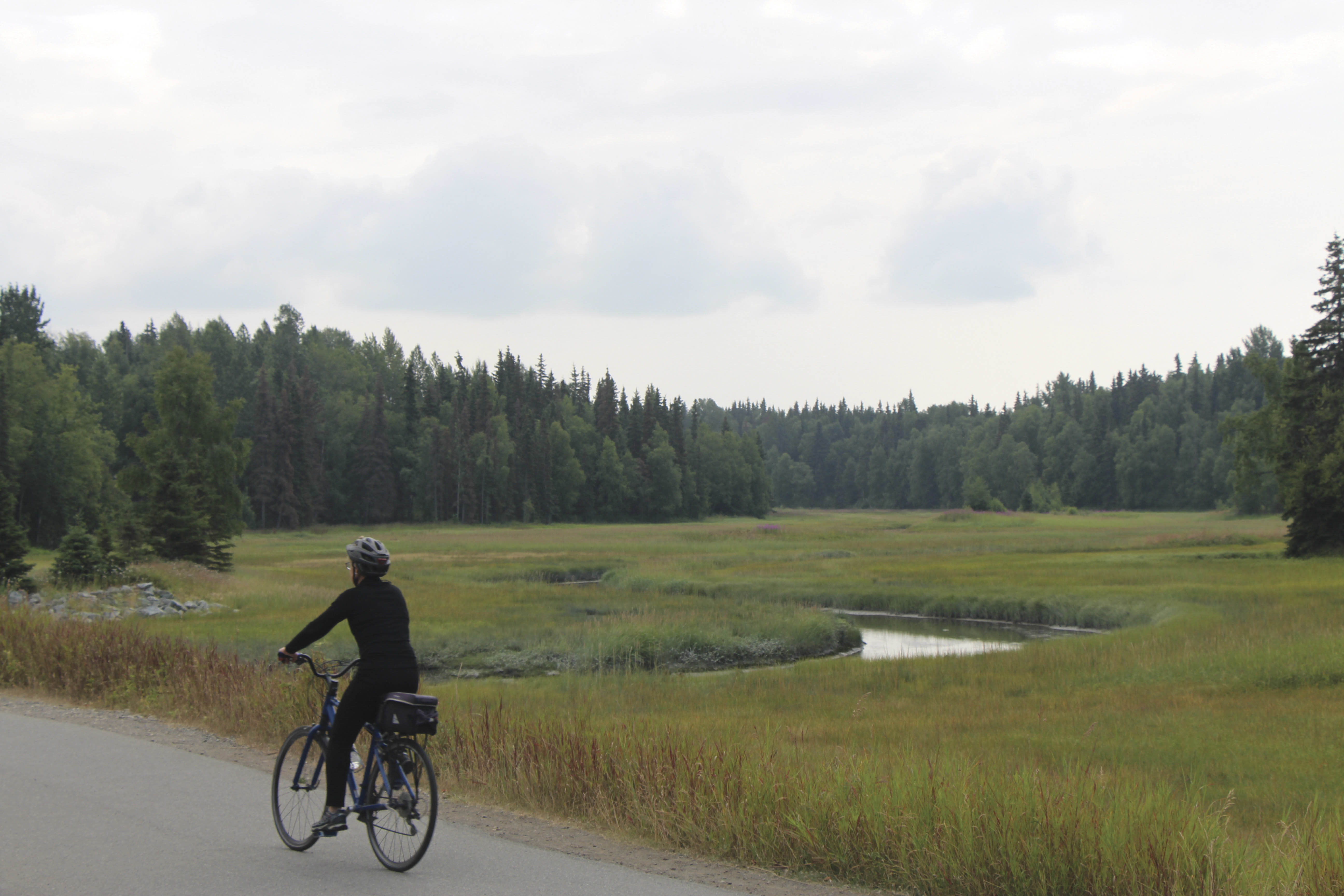 Fish Creek runs through and under the Spenard neighborhood, with six miles of the creek currently running through storm pipes added in the early 1960s to make way for the development of roads, railway and channelization. The creek now funnels under such locations as the Midtown Mall and the BP Energy Center.

The non-profit Friends of Fish Creek is looking to change that.

“[Friends of Fish Creek] was the brainchild of many different people who had the long-time desire to see Spenard’s beleaguered creek come back to the surface and be rehabbed,” Karen Button, Friends of Fish Creek Board member, said. “The two people who started it were myself and Jay Stange (Spenard Community Council President), but I would say it was a collaborative effort for certain.”

Friends of Fish Creek is looking to “daylight” — or bring the creek back above ground — hoping to produce a more natural course for the waterway.

The Alaska Watershed Council notes in the Creek Report Card for the area — published in 2013 — that salmon still ran up Fish Creek in 1916. From 42nd and Lake Otis to Shelikof, “the creek is above ground and is important wildlife habitat. It then goes underground and emerges again in Spenard except for a brief daylighting at Cuddy Park.”

Habitat restoration is at the heart of the Friends of Fish Creek’s mission, as well as emphasizing the desire for the community to gather around the creek.

“We envision that we’ll be able to have connectivity east to west for a bike and pedestrian trail,” Button said. “Rehabbing the creek will help to mitigate flooding and we look to see it be a model for green infrastructure.”

However, with the plan in its early stages, barriers for the rehabilitation of the creek start at water pollution.

“I have friends who live right on Fish Creek and I’ve seen it after it rains and it’s very apparent that it’s receiving a lot of surface runoff,” Gillian O’Doherty, a habitat biologist with the Alaska Department of Fish and Game, said. “Before you really wanted to reintroduce salmon into a system, you want to make sure the water quality is sufficient to support them.”

According to O’Doherty and ADF&G, one mile of Fish Creek is currently labeled as anadromous or having species that migrate between the sea and freshwater. Major fish blockage exists near the railroad crossings on Northern Lights.

“It’s the first thing they would need to address,” O’Doherty said. “At the downstream most extent, it’s [blocked] at the lowest crossing down at the end of La Honda Drive [near Rustic Goat].”

The creek’s main source of pollution exists from fecal coliform bacteria, sourced from urban stormwater runoff and waterfowl feces. The Alaska Watershed Council notes that removing Fish Creek from the Impaired Waterbody Listing should be a main priority for the daylighting project, and progress has already been made through efforts in coordination with the Environmental Protection Agency.

“With a big project like this, you have to break it into chunks,” O’Doherty said. “For fish passage, what’s critical to us is knowing that we’re opening up access to good quality habitat.”

Rehabilitating the area holds the hope of providing watersheds for public use and recreation, as well as returning historical salmon streams to the area.

“We would like to have salmon back in Spenard, and the other thing is to acknowledge the long arc of history of the Dena’ina people and the fish camps that they had here,” Button said. “This is Dena’ina homeland, and it’s really important to us in the process of rehabbing the creek that the arc of history doesn’t begin with the founding of Anchorage and the urbanization that drove Fish Creek underground, but the history of the people who live in this area.” 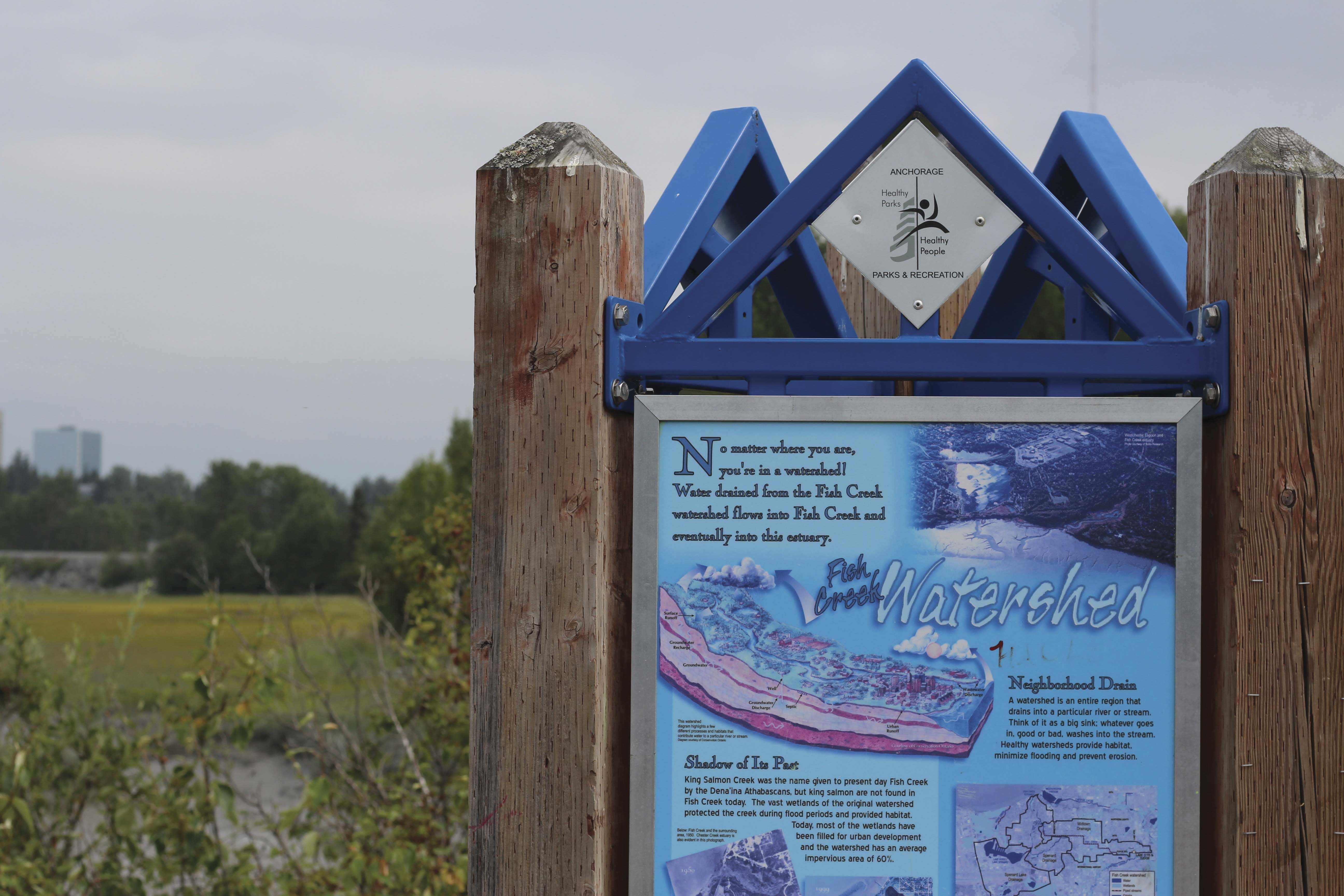 In a resolution by the Anchorage Assembly in 2018, spearheaded by Assembly Members Eric Croft and Austin Quinn-Davidson, Ch’atanaltsegh’s daylighting has been supported unanimously under the Anchorage 2040 Land Use Plan, funneling Municipal funds toward the project.

During the public testimony on the resolution, Stange spoke on the anchoring of the creek to the neighborhood of Spenard.

“These areas which bring nature into our city create places where people from all over the world want to live,” Stange said. “It’s the core of Anchorage’s ‘Work, Play, Live’ motto.”

New trails opened along the creek bed in 2018, and by the end of October, according to Button, pedestrians and bikers should be able to travel from Spenard Builders Supply to Rustic Goat without crossing roadways. This is only the first of what Friends of Fish Creek hopes to be a multi-part, multi-organization community development project.

“Fish Creek really is how people identify in Spenard. When we talk to people at public events, they continually bring up Fish Creek. That’s our creek,” Button said. “I grew up in Spenard… and I heard stories of fish in Fish Creek, catching silvers in Fish Creek. It’s a little creek with a lot of character because Spenard has so much character.”

To learn more about Friends of Fish Creek and the restoration proposals, visit daylightfishcreek.org/