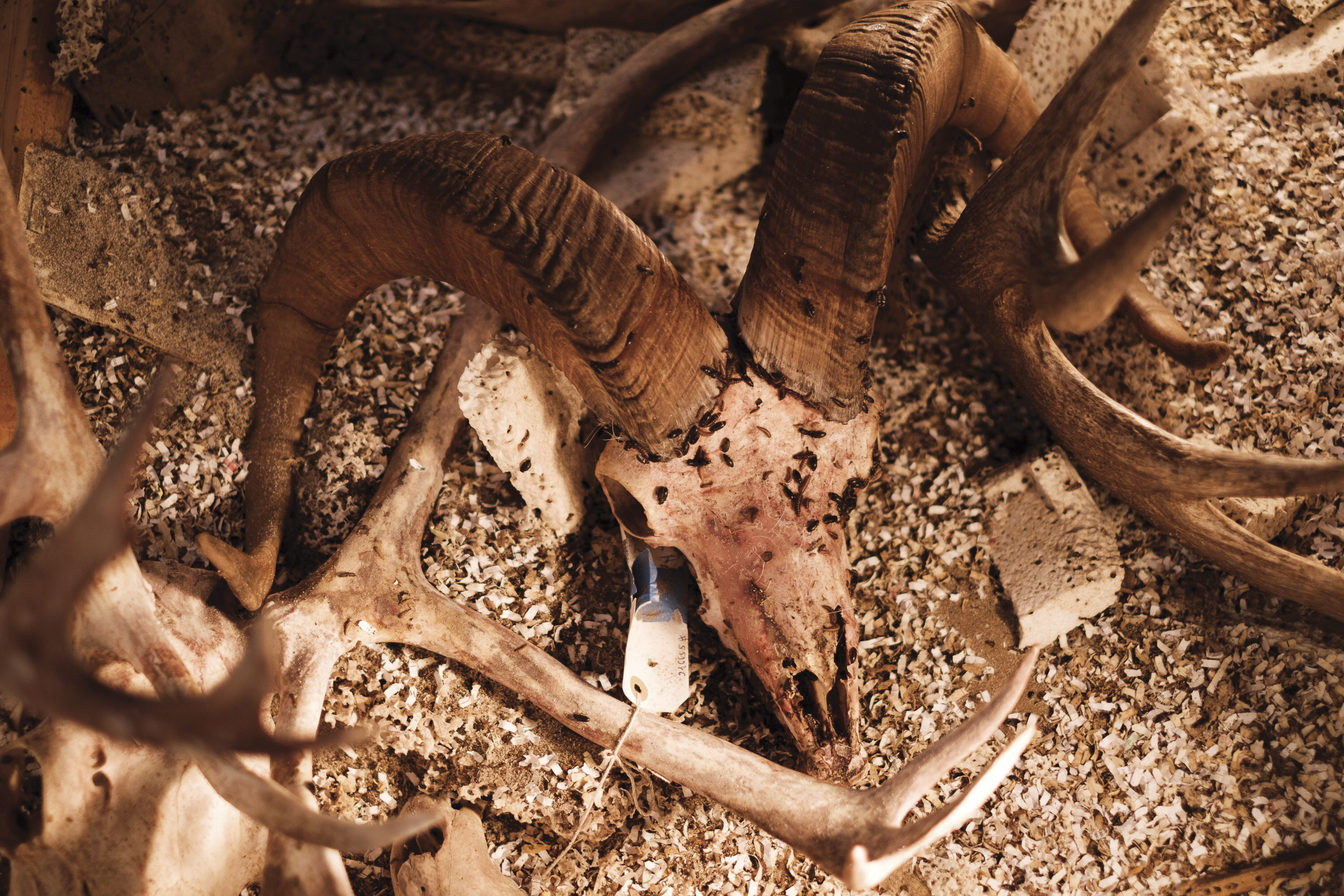 The Alaska Beetle Farm is an operation run by Max Walton and his 100,000 dermestidae beetles.

Two freezers that were severed in half and sealed together operate as his makeshift beetle tank in his garage, which doubles as his workspace.

Chunks of styrofoam lie in the tank for the beetles to burrow into and pupate. Skulls from different animals fill the container, some with horns and some without. Skulls sit scattered around the garage; a musk ox here, a fox there. A rotting moose skull lays on the ground with maggots eating the meat left on the bone. 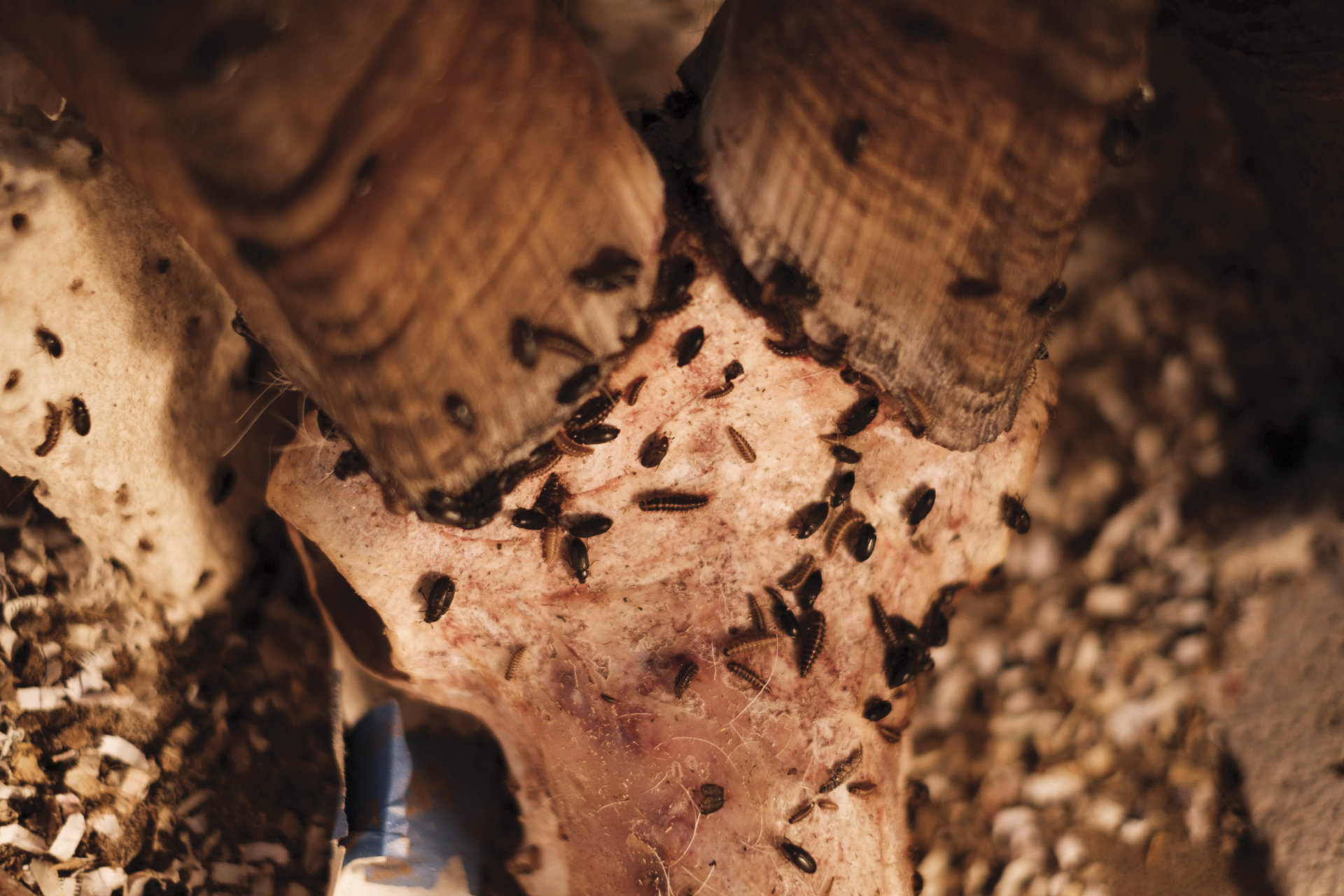 Walton has been officially operating the Alaska Beetle Farm for about a year. Two and a half years ago, Walton purchased his first beetles online out of curiosity for his girlfriend, who creates jewelry out of bones that she buys online. She thought that finding a roadkill and using the beetles to clean them as an alternative was a great idea.

“I ordered a really small package of them off of the internet, and we started with a fox that I had gotten on the road up north. We worked up the colony to where friends of mine were asking to clean bears for them or whatnot,” Walton said.

Walton grew up in Kasilof but has lived in Spenard for several years. He is self-taught in taxidermy with beetles, but has learned from forums online and taxidermist friends. There’s a business in Kenai and one in Fairbanks that uses beetles to clean bone, but Walton runs the only beetle farm in Anchorage. 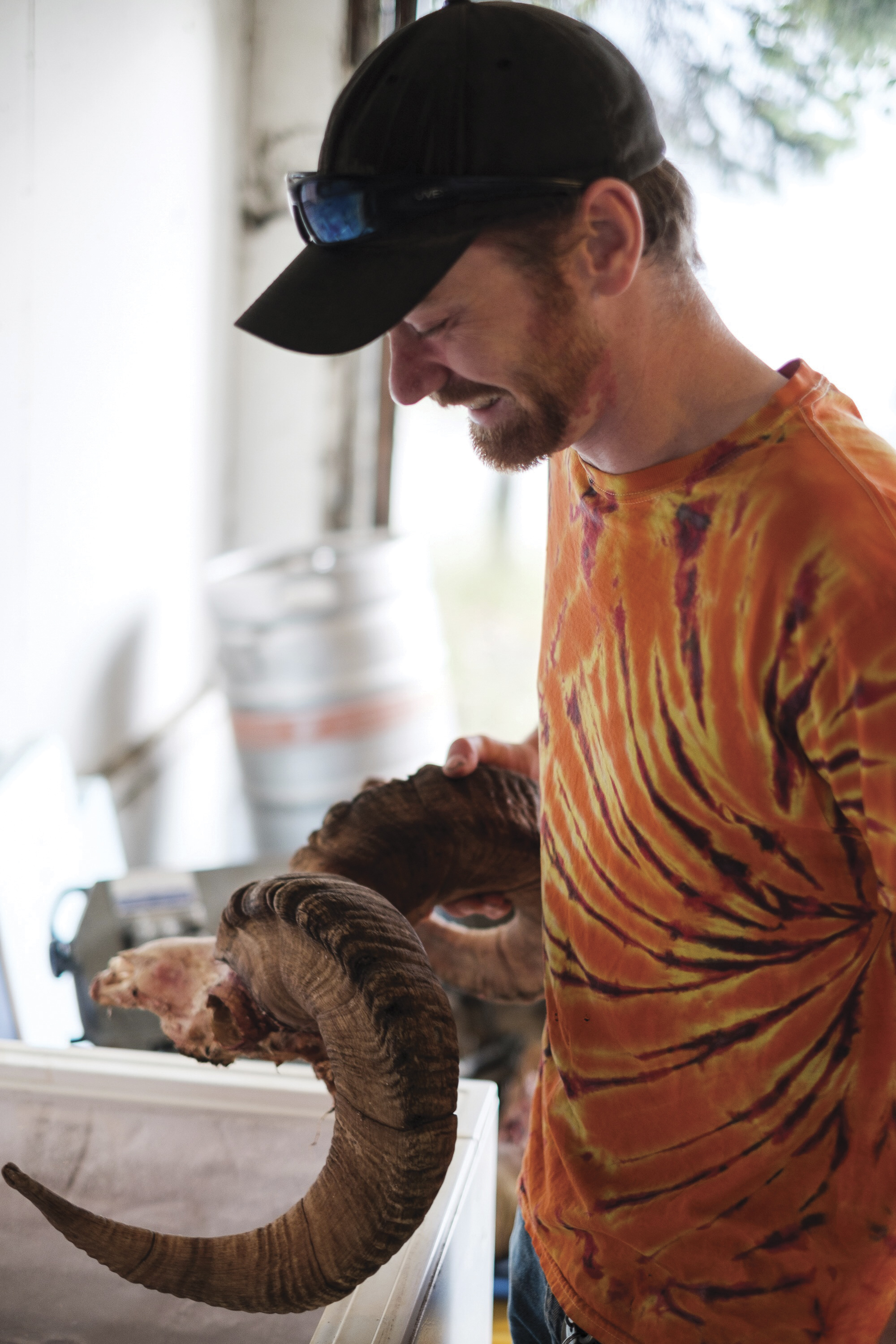 Walton has a day job as an oversized pilot truck driver, but his taxidermy work has picked up so much over the last year that he will be adding a second beetle tank to his operation.

People drop off bears, moose, wolverines, caribou, foxes, goats and wolves, to name a few. Walton has customers ship skulls to him, and most recently finished cleaning a wild boar skull from Hawaii. He has even had customers drop off their dead pets. 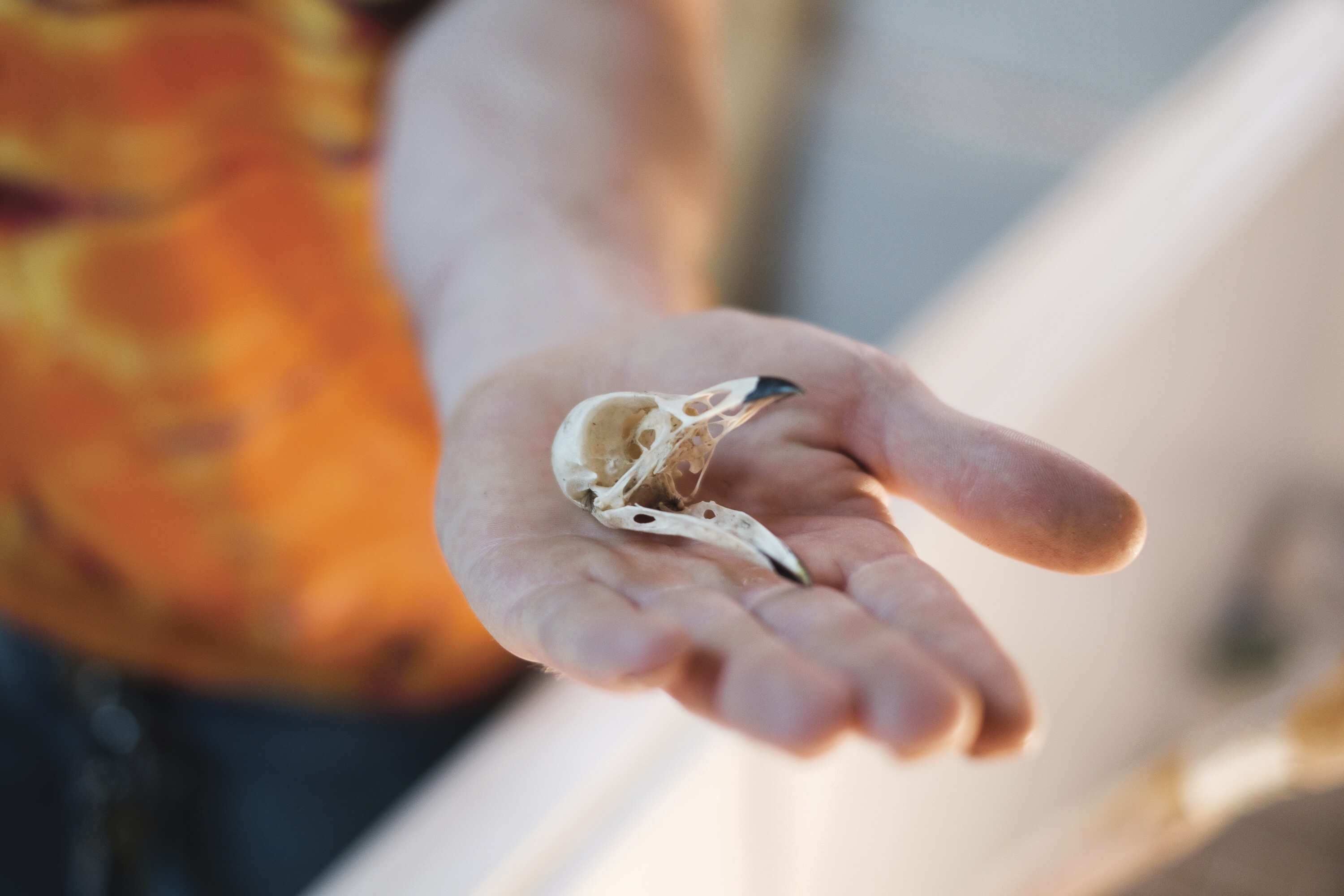 “I had somebody call about a chinchilla the other day,” Walton said. “They were like, ‘My pet chinchilla died and I want to keep its skull.’ I said, ‘Well, bring it over.’”

Walton says almost every major museum has a beetle colony since it’s the most effective way to clean bone without chemicals. Nasal cavities in animals are typically destroyed with normal taxidermy methods, but the beetles will eat around the intricate part of bone, leaving it fully in tact. Cleaning bone by boiling is another alternative, but according to Walton, when the bone gets hot, the joints and plates will get loose and degrade the bone more. 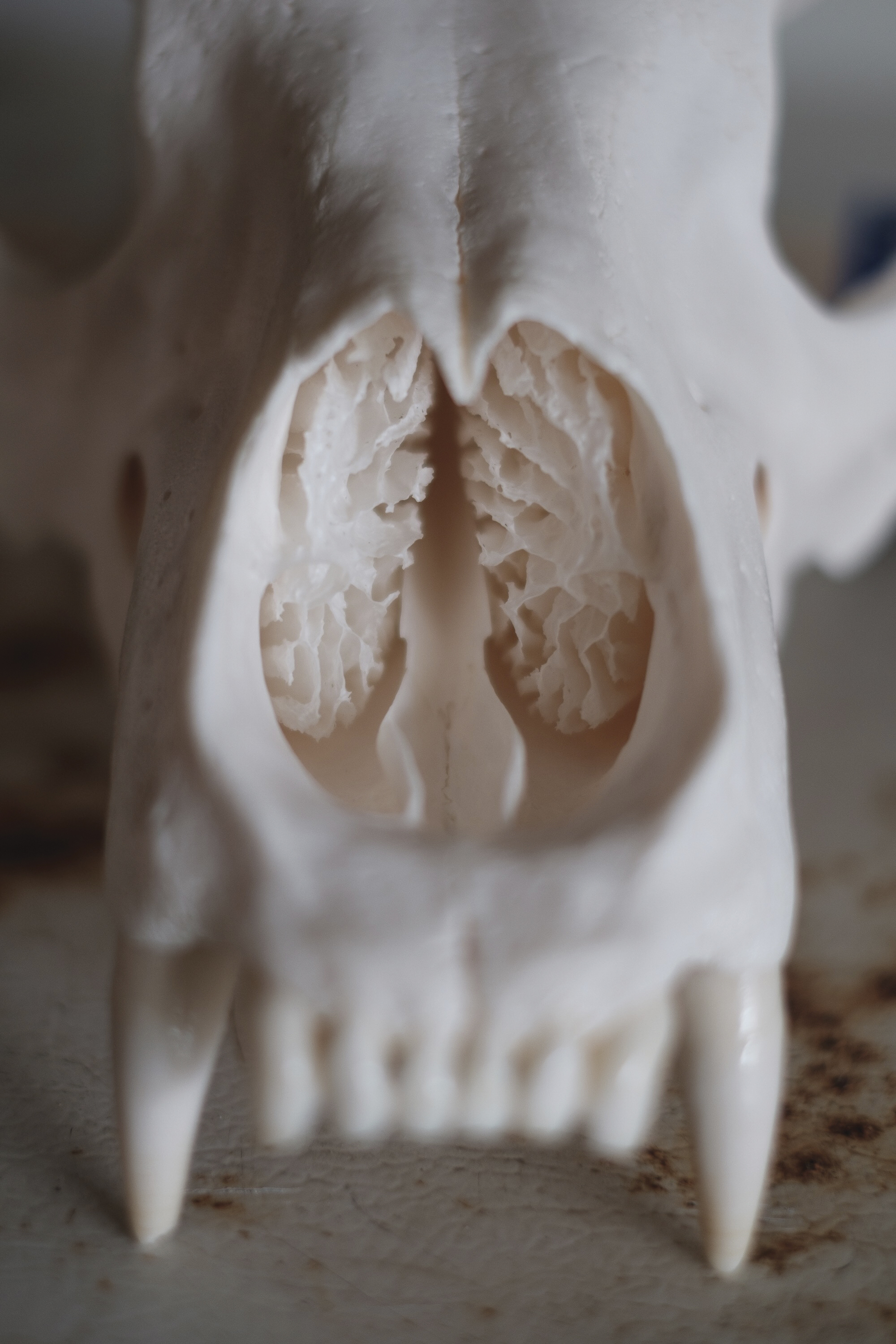 The beetles do their work in a week to a week and a half, but the entire process takes around four months. After the beetles have done their share of the work, Walton will clean the bone, whiten it and epoxy the teeth so they stay in place without chipping.

Even though Walton is working two jobs, he hopes that eventually the Alaska Beetle Farm can be his only occupation.