In the beginning: Lake Hood 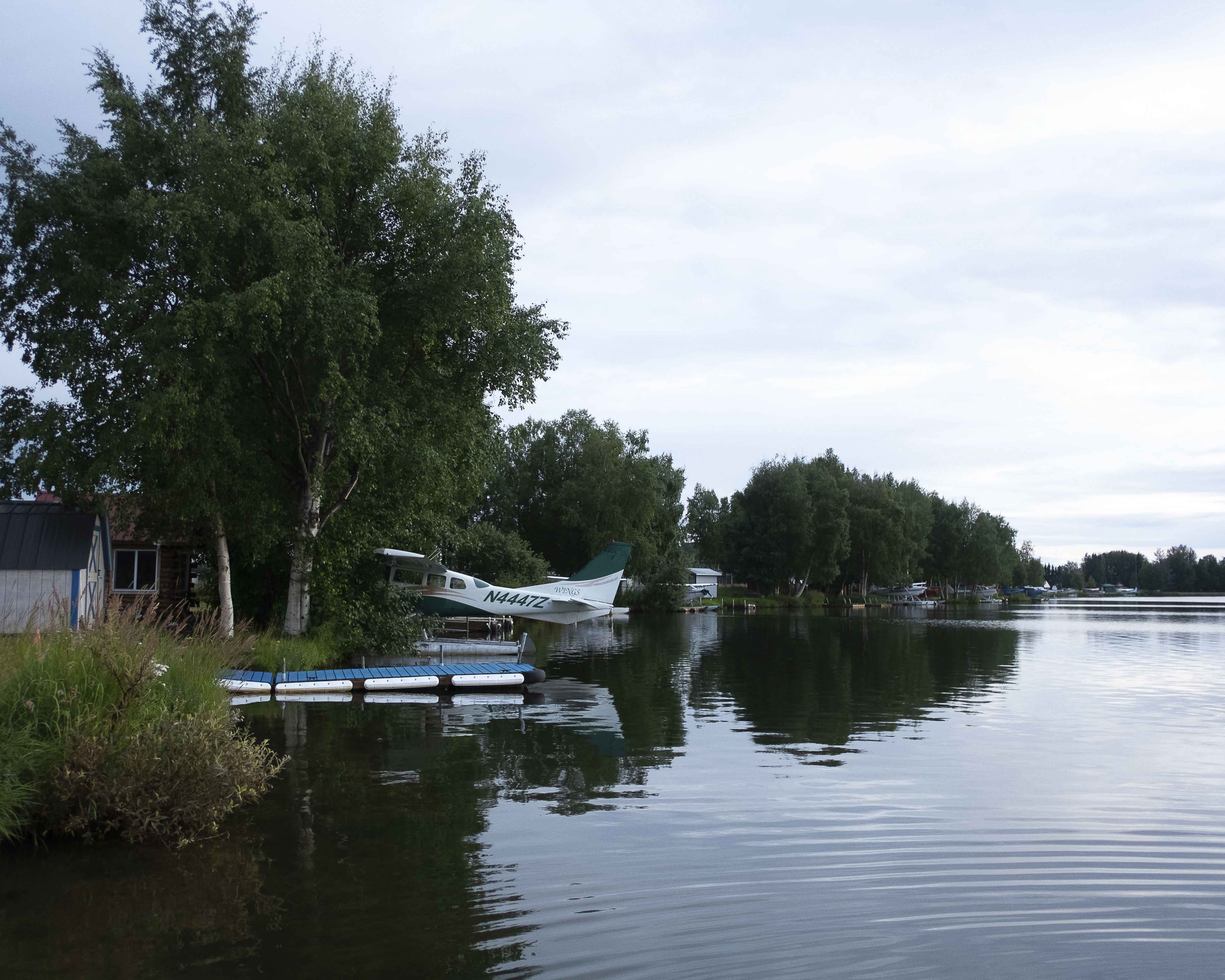 The shores of Lake Hood and Lake Spenard, near Ted Stevens International Airport, are decorated with dozens of small floating bush planes. The body of water makes up the world’s busiest seaplane base, which handles nearly 200 flights a day. When summer turns to winter and the water freezes over, hundreds of planes based at the lake trade their floats in for skis.

The seaplane base used to be made up of two lakes, Lake Spenard to the east and Lake Hood to the west. Lake Hood was the original base, and Lake Spenard was used specifically for swimming and sunbathing. Lake Spenard was a municipally-owned lake used as a recreation site, complete with a roadhouse and boating and bathing facilities. In the 1970s, the state dug a canal between the two lakes to create the base.

However, the lakes weren’t always used as a base for lift-off and flightseeing. Canadian born, Joe Spenard — the rabble-rouser who came to Anchorage in 1916 and left only a few years later — found himself on the shores of what was then called Jeter Lake while he was looking for a new business venture. At the time, Anchorage needed wood, and the Lake Spenard area — which was a part of the newly established Chugach National Forest — provided. The Chugach National Forest encompassed much of what is now Anchorage, and the land was closed to homesteading at the time. In 1909, the same year the national forest was established, Thomas Jeter built a cabin on the land near Lake Spenard and Lake Hood, according to educational resources from the Cook Inlet Historical Society.

Jeter was forced by the courts to give up his land. Not long after, the area was opened for homesteading, according to the historical society resources. In the summer of 1916, Spenard staked his claim on a 160-acre homestead, which included then Jeter Lake. He developed the land and lake into a resort. The resort included a dance hall. Aug. 4, 1916, Lake Spenard appeared for the first time in print in the Anchorage Daily Times.

Spenard persuaded the community to help cut down trees to build a trail from the city’s boundary at Ninth Avenue and L Street, crossing Chester and Fish Creek to the lake. The Chugach National Forest asked Spenard to stop cutting down trees in the forest, but the dance pavilion became too popular with the locals. The route is now Spenard Road, and Spenard’s name became synonymous with bootlegging.

In May of 1917, a fire destroyed Spenard’s house and dance pavilion. That September, Spenard and his family moved out of Alaska and settled in Sacramento, California.

In 1919, the U.S. Forest Service designated the land around the lake for recreational purposes at the request of the city. Even President Warren G. Harding, on his 1923 visit to Alaska, spent an afternoon at the local hot spot. The city eventually established the Spenard Beach Park, and as many as 800 residents visited and swam at the park on hot summer days. In the winter, residents ice skated on its glassy surface.