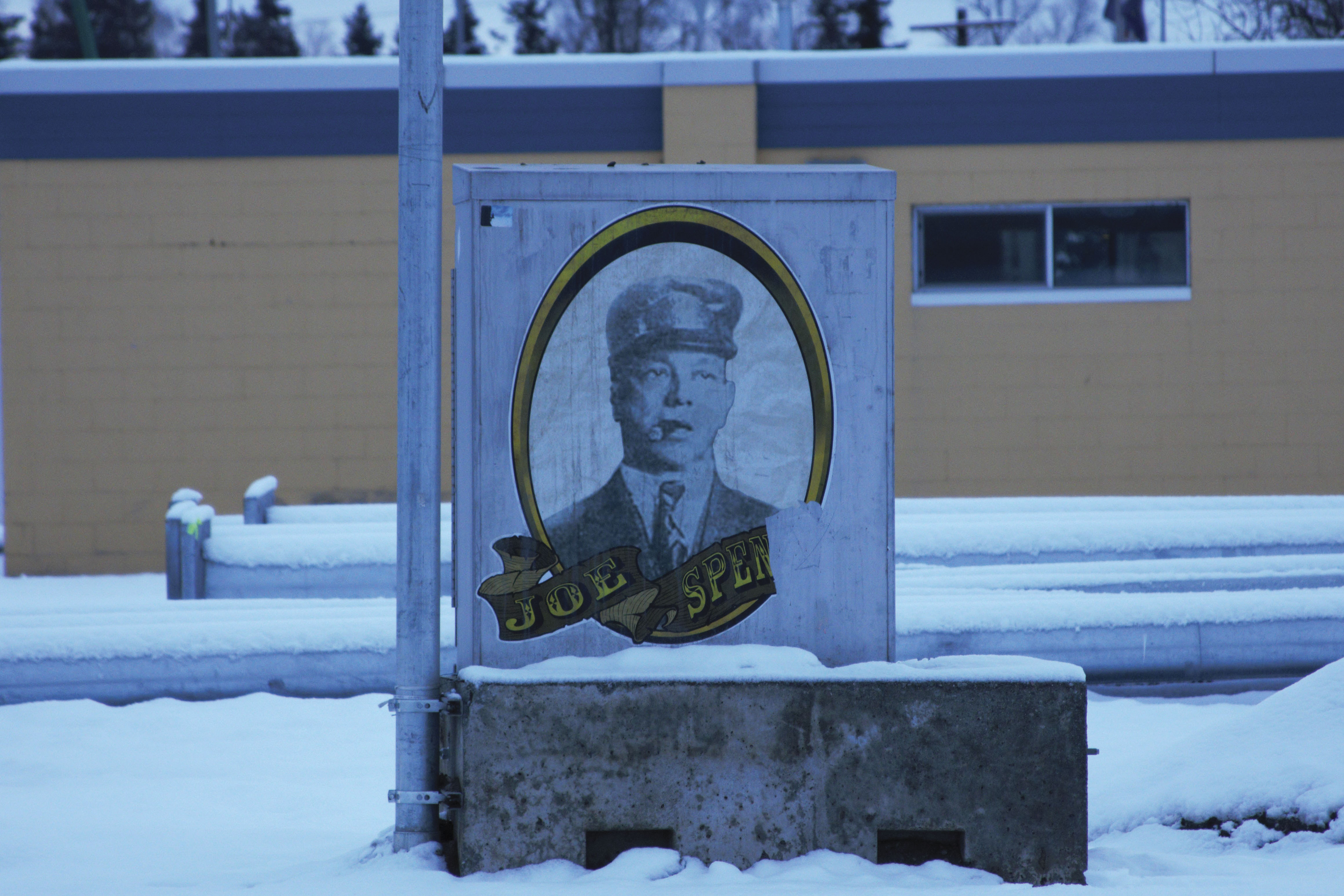 We see his name everywhere. Joe Spenard made quite a name for himself in Alaska, despite living here for only a decade.

Originally from Ottawa, Canada, Spenard came to Alaska in 1909, where he would serve as the vice president of the Alaska Securities company. The City Express, Spenard’s transfer and taxi service was born in Valdez and moved to Anchorage, along with Spenard and his wife, in 1916.

In Anchorage, Spenard used two vehicles for the City Express, an REO truck that was used to haul freight and a Ford that he would use to pick up passengers in. These two cars were some of the first motor vehicles in Anchorage. Spenard’s bright yellow cars grabbed attention and so did his marketing plan. The City Express service slogan was “Time and Tide will Not Wait, But City Express Is Never Late.” He was also known for running unique ads in the newspaper. “Of all the cars both big and small, the yellow car just beats them all. Complete satisfaction, nothing less. Is given by the City Express,” was an ad featured in the Anchorage Daily Times, June 26, 1916.

Spenard was often seen with a cigar stub hanging out of his mouth, topped with his uniform cap that read “express” above the bill. He was also known for his yellow suit and matching cap that he would wear as a way to promote the City Express.

Spenard had other business ventures in mind. He wanted to get into the lumber business and found an opportunity when he decided to build on the shores of Jeter Lake, which he then named after himself. Lake Spenard, along with Lake Hood are part of the busiest seaplane base in the world.

In August of 1916, Spenard had built a dance hall. Large portions of land were cleared along the lake to make way for the building of the dance hall, which were all illegal activity considering the area Spenard was building in was a part of the Chugach National Forest. Despite warnings from forest rangers, Spenard went on to create a popular recreations spot. Along with help from the Bill’s Club, the predecessor of the Elks Club, Spenard built an access road to his dance hall that reached the end of the city Anchorage at Ninth Avenue and L Street. The road and Spenard would become infamous with bootlegging and good times.

In May of 1917, Spenard’s property, his dance hall and his home were destroyed in a fire. That same year, he broke his leg and a worsening heart condition made it difficult for him to operate the City Express. Four months later, he sold his yellow car and him and his wife moved to California for good.

Joe Spenard died in Sacramento, California on Aug. 8 1934, and is buried in the Masonic Lawn Cemetery there, along with his wife.