History of the Spenard windmill 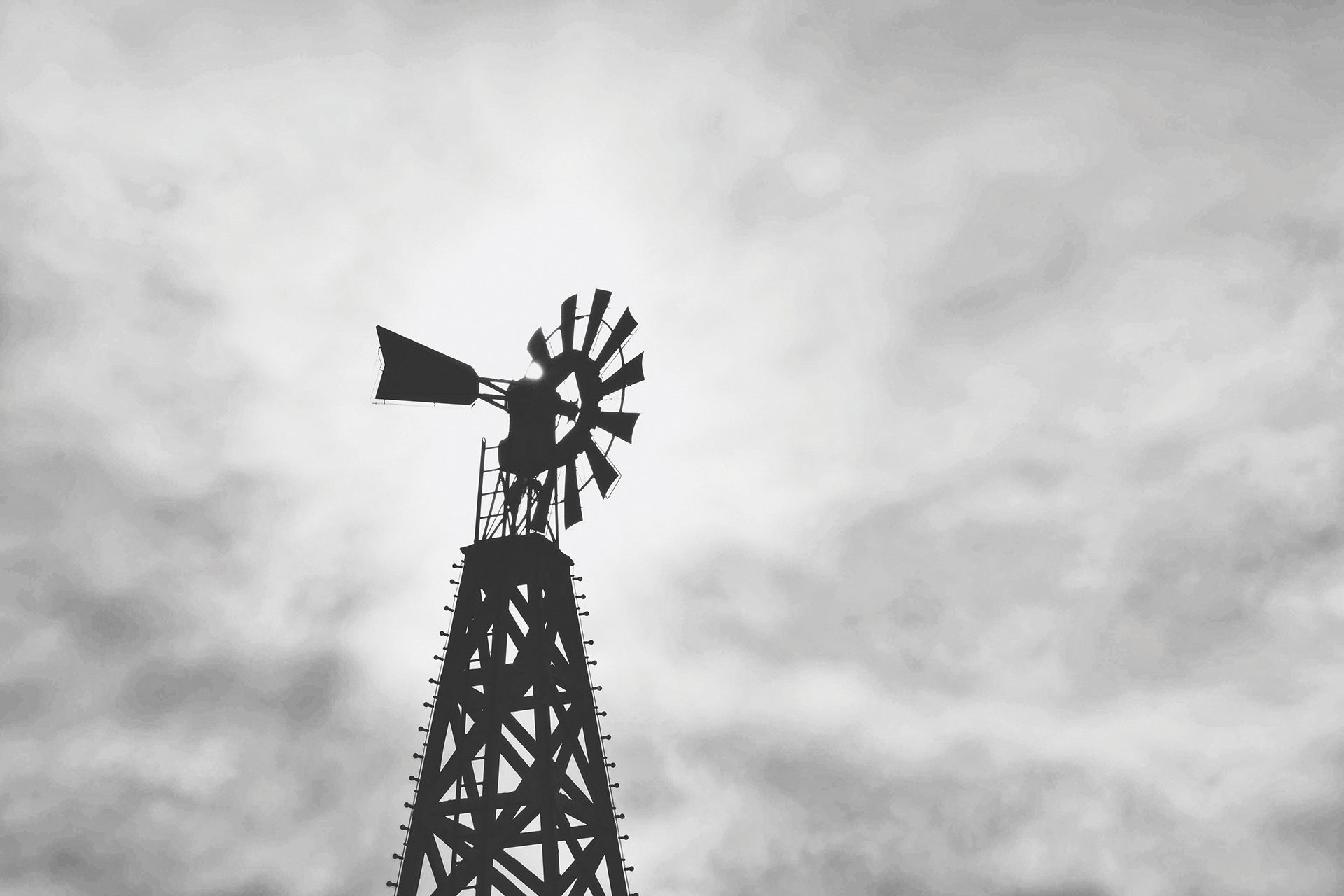 Sitting in the Koot’s parking lot is arguably one of the largest — both physically and figuratively — symbols of Spenard. The ornamental windmill, decorated with lights of green, red and white looms over the neighborhood.

“I didn’t think it would become the icon it is today,” former owner of Chilkoot Charlie’s, Mike Gordon, said. “I thought it was cool. It was a pretty neat landmark, but no, at the time I didn’t envision it being on t-shirts or used as a symbol.”

“If you ever saw it when all the lights were on, on the legs through the tail, and the spokes were working — in other words, if the whole thing was working the way it was supposed to — it was a rare moment,” Gordon said. “There was usually something wrong with it.” 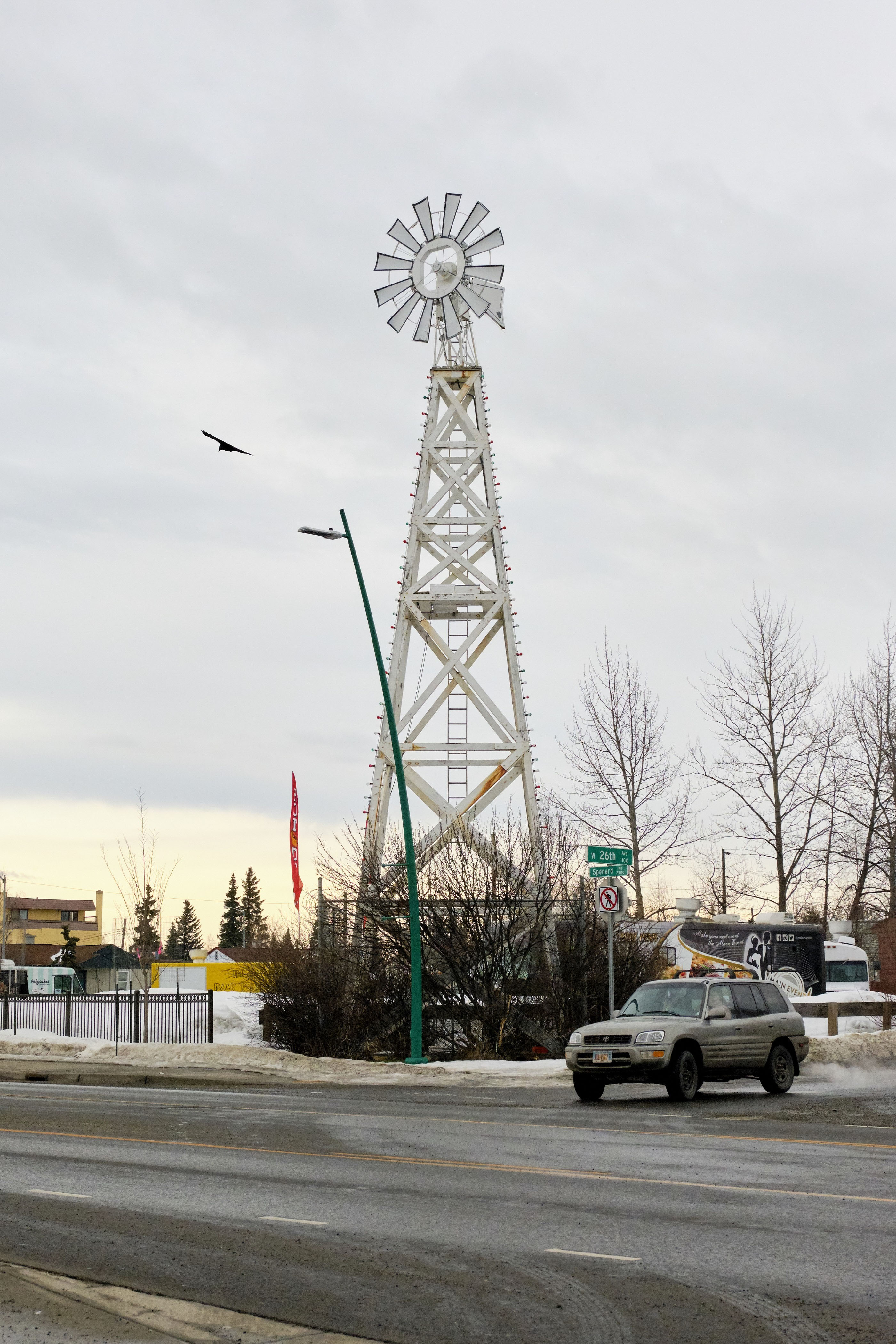 Cue Rod Hancock and his company, the founding owners of the Moose’s Tooth empire. They are the technical owners of the windmill. In an email, Hancock said the owners just recently decided to get the windmill back in working order.

“We have just recently decided to rebuild/refurbish the windmill this summer, so that the lights and structure will shine again in all its former glory,” Hancock said.

Hancock said he didn’t have an exact schedule ready, but it will be completed in 2019.

The windmill is roughly over 60 years old. It has been sitting in the same parking lot since the 1980s, but it began its life in Alaska in the early 1960s.

Anchorage businessman Byron Gillam owned a liquor store on East Fireweed Lane. In the early 1960s, he was traveling in Southern California when he discovered a DIY windmill kit. Gillam bought the kit and installed it in front of his liquor store, the Kut Rate Kid.

The windmill lived on East Fireweed Lane for many years, with different owners as years passed. By the 1970s the windmill was in the hands of a local character Mike Von Gnatensky, better known as “Mafia Mike.” He told Gordon he would donate the windmill to him if he paid to have it moved to his parking lot.

“[Mike] had a pizza place in midtown he was going to move it to,” Gordon said. “But he asked around and people said Mike Gordon will buy anything.”

Part of the contract also noted that a plaque be placed on the windmill forever honoring Mafia Mike’s donation. Gordon said the cost is  around $10,000 to move the windmill from East Fireweed Lane to its current home in Spenard.

“It was a nightmare,” Gordon said.

The windmill was installed in the Koot's parking lot in the early 1980s, shortly after Chilkoot Charlie’s was established. The plaque went missing shortly after the move, but the windmill is here to stay.

Chilkoot Charlie’s hosted a celebration several years after the windmill was moved to the parking lot. Gordon didn’t know the specific date but said it was around 1989 or 1990. The community gathered at the part to fill a 55-gallon drum with neighborhood memorabilia. The drum was buried under the windmill and remains unearthed today, about 30 years later. He doesn’t remember what he put inside the drum, but Gordon said it was probably a selection of Chilkoot Charlie memorabilia. Gordon said there was no set date for the time capsule to be opened. There are no current plans to unearth the time capsule.

In recent years, Spenardians might have lost its neighborhood icon. Bob Gillam, son of Byron Gillam and well-known Alaska investor, had made offers to Gordon on the windmill. Growing up around his father’s business, Kut Rate Kid, Gillam wanted the windmill as a memento to put on his family’s property near Lake Clark. Gordon said he would sell it as long as the Gillams could replace it and not leave Spenard without a windmill. Gillam passed away last fall; the deal never went through.