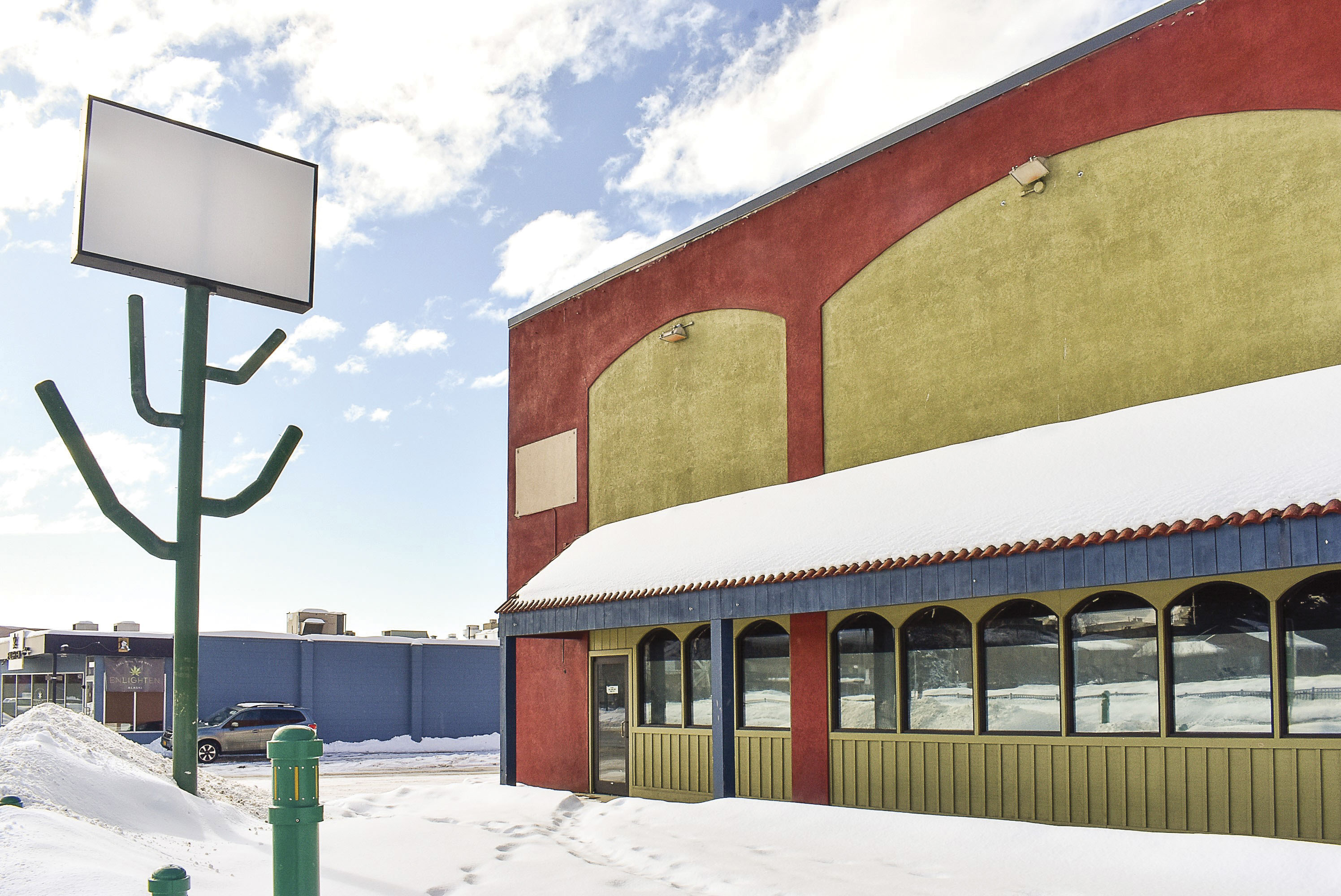 The restaurant set up shop in a log cabin in 1969 on Mountain View Drive. In 1971, La Mex moved to its Spenard location and shared a building with a dentist office and the Girl Scouts. The Mexican restaurant operated for over 42 years in their Spenard location before shutting down in 2013. The original owner’s daughter, Trina Johnson, who had been running the restaurant on her own since 1990, told the Anchorage Daily News that it just wasn’t busy anymore. The property was sold to Moreland Properties, the real estate group that is majority owned by the two men who started Moose’s Tooth in 1996. The company had no plans set for the property when they purchased it from Johnson, and nearly five years later, the building still remains idle, The parking lot, an area once home to a brothel, is being used as overflow parking for Bear Tooth, just a couple streets over. 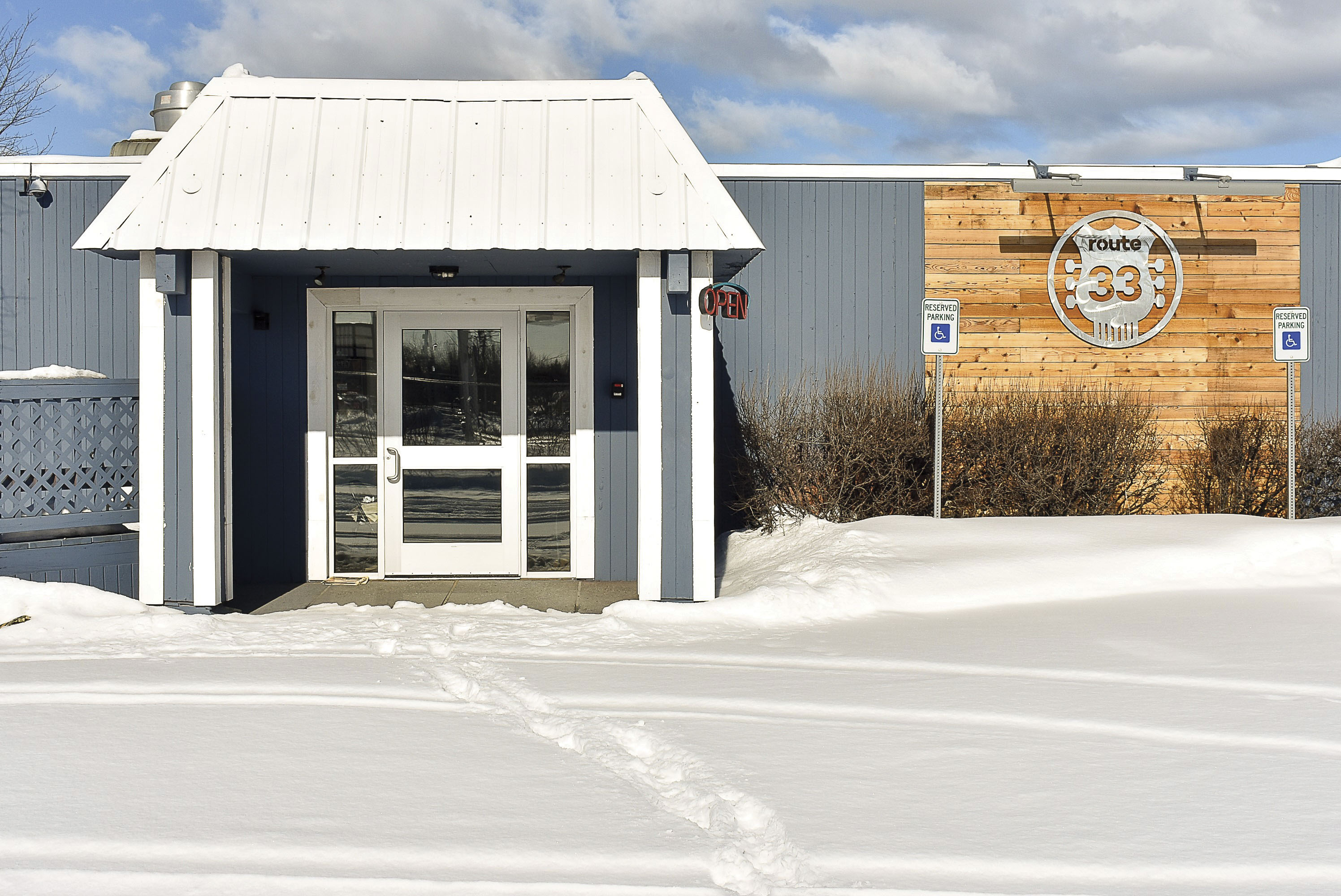 The building that most recently housed Route 33, was most notably home to the Fly by Night Club. Originally built in the 1950s as a hardware store, Mr. Whitekeys’ Fly By Night Club became popular for his “Whale Fat Follies” and “Christmas in Spenard” shows. The club operated for over 26 years and shut their doors in 2006. Player’s House of Rock took shop shortly after the closing of the Fly by Night Club, but business fizzled out by 2010, when TapRoot relocated to 3300 Spenard Road. TapRoot closed abruptly in 2017, and reopened weeks later as a new venue called Route 33. Operated by only one of the two original owners, Hans Nowka, the restaurant Route 33 was only open for a matter of months. The Anchorage Daily News reported in Nov. 2017 that the business appeared closed and that the doors had been locked several times during business hours. 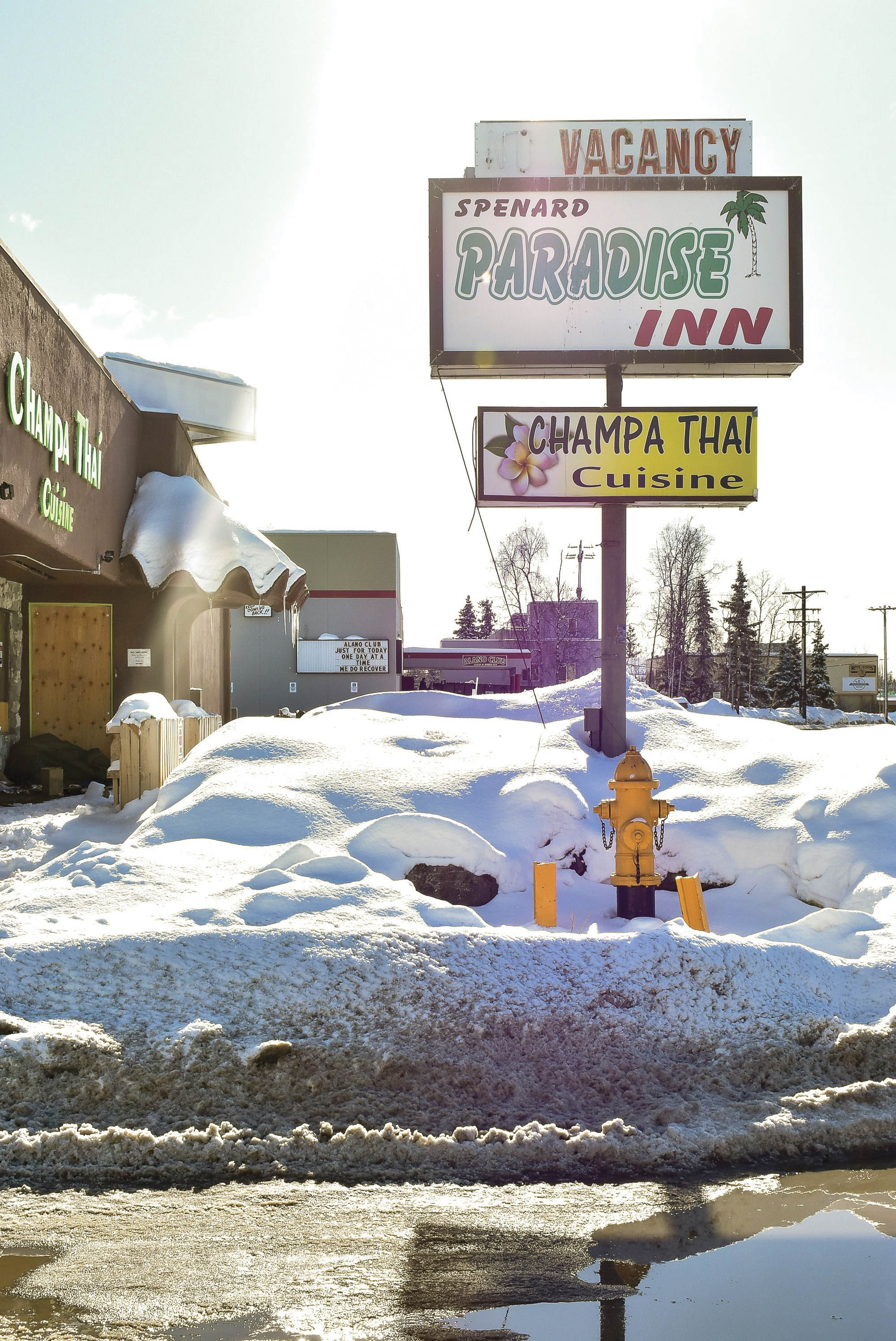 The building was built in 1962 and was once known as the South Seas Hotel and Lounge. The Paradise Inn became a hot spot for drug dealing and prostitution, according to local police. In a 2002 Anchorage Assembly special meeting, Alicia Knight, who was a former patroller for the Westside Community Patrol said that she had personally seen acts of solicitation of prostitution at the Paradise Inn. Knight also said the general reputation of the Paradise Inn was as a dive. It would eventually be drugs that would close the Paradise Inn for good. After selling a pound of methamphetamine to an undercover FBI agent in 2014, the owner and operator, Kyong Taek Song, was sentenced to over six years in prison. Currently, the property is boarded up and in the hands of the U.S. Marshals Service and FBI.