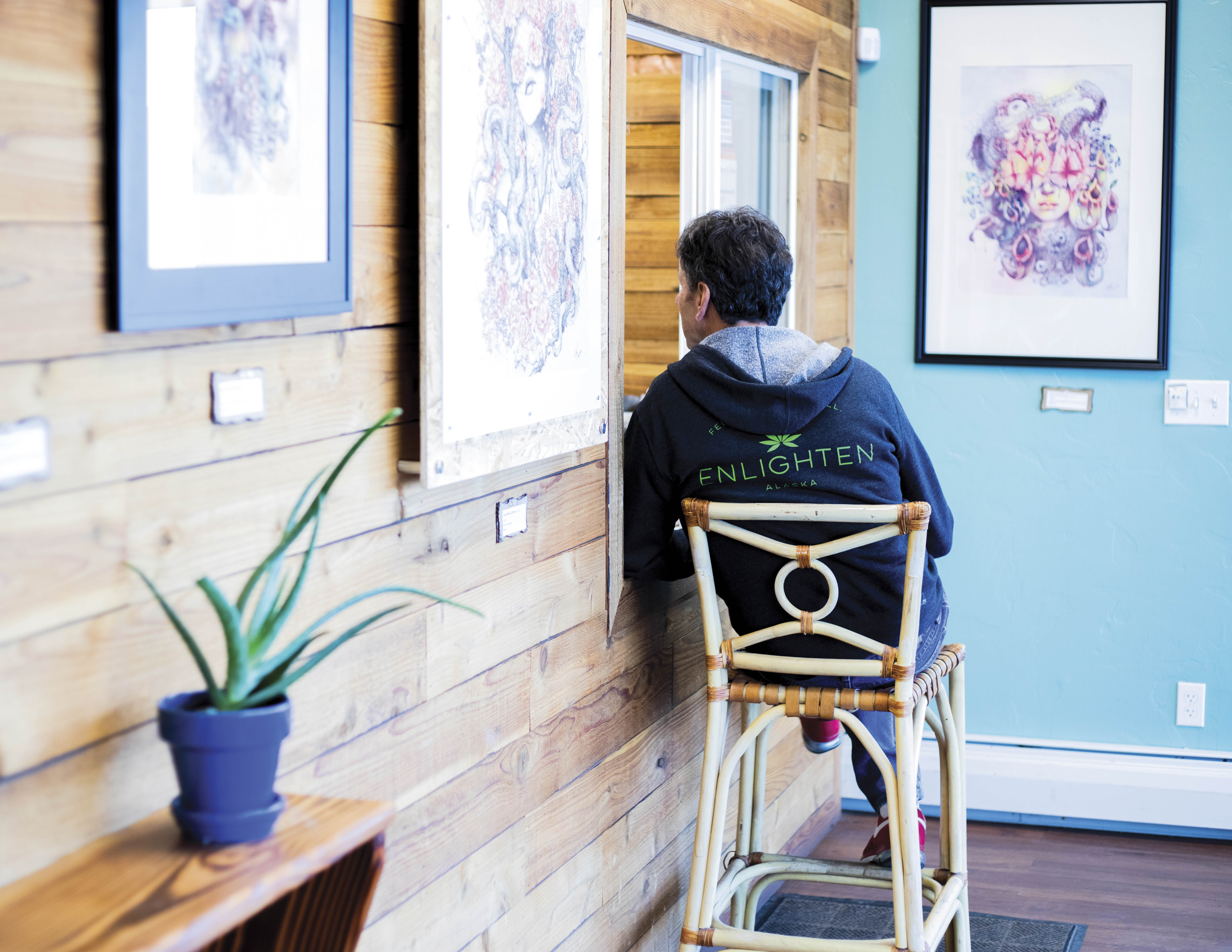 In Spenard, being a part of the community has become what sets pot shops apart from the crowd. Enlighten Alaska, a family-owned shop run by brother and sister Evan and Leah Levinton, opened its doors in 2017 and has made giving back to the community one of the pillars of their business.

It all began with their Thanksgiving food drive.

“We have so many beautiful, lovely customers and they’re so willing to give, and we thought testing it out by holding a food drive during Thanksgiving time would be a really good time to start,” Leah said.

After the Thanksgiving food drive, the shop continued the season of giving by hosting a clothing drive for Christmas. Both events were successful in allowing Enlighten to give back to their local community.

“It all stems from our values because we want to participate in our community,” Leah said. “It’s a privilege to be where we are, and it’s also an honor to be able to give back to the community because our community is certainly heavily in need.”

December of 2017 marked another milestone for Enlighten as well: the shop’s first ever First Friday. The Levinton family is a family of artists, Leah said, and the idea to host First Fridays was one that came up naturally with an ample amount of wall space in the Enlighten shop.

The shop does not charge a commission to the artists, a decision Evan said stemmed from the belief that it's Enlighten’s responsibility as a business to give back.

“We’re supporting local,” he explained. “It’s kind of like a collab, too. When they send out things promoting their art, it brings people into our store, too. There’s value in having them just come and bring their own support network.”

The shop’s biggest advantage is its location: Enlighten sits on the corner of the Spenard Center, right across the street from Koot’s and around the corner from Bear Tooth.

“It’s just sort of this hub for hip, progressive open-minded people, and that’s the type of demographic that might be more interested in a First Friday experience,” Leah said. “It’s a whole new involvement in this new industry and helping normalizing it. It’s sort of giving people permission to support us.”

The response has been positive. Customers regularly comment on the rotating artwork and ask about what’s coming next. Local artists have taken notice as well, and Enlighten now has First Fridays booked through February of 2019. And this year, Enlighten will once again host a Thanksgiving food drive and Christmas clothing drive.

“The cannabis industry is becoming more and more competitive. There have to be ways that each individual [shop] stands out,” Leah said. “It truly stems from your values and manifesting your vision. I think people really feel that and see that when they come here.”