Nestled between 32nd Avenue and 33rd Avenue on one of the busiest stretches of Minnesota Boulevard lies Aftershock Espresso, one of Spenard’s most coveted coffee shops and day-time lounges.

From the outside, Aftershock Espresso may seem like just another one of the many drive-through coffee stands scattered throughout Anchorage. But upon setting foot inside the shop, one may find themselves pleasantly surprised by the spacious dine-in area complete with tables, lounge chairs and plant-adorned windows. 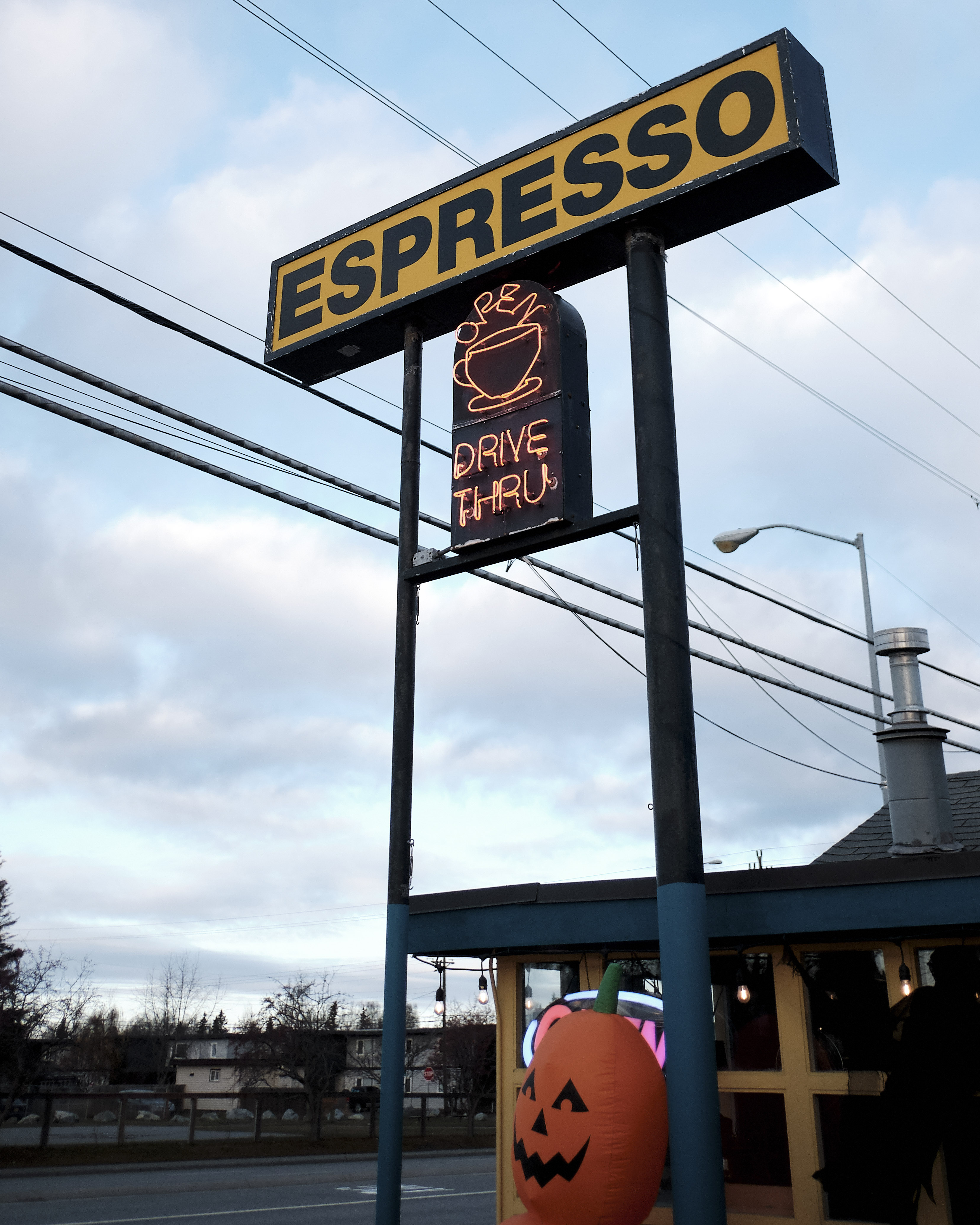 A small fireplace sits in the corner of Aftershock’s lounge area, providing extra warmth to customers on chilly mornings. Many of Aftershock’s furnishings are hand-made by crafty employees. Their DIY motif, combined with a small staff of friendly and well-trained baristas, makes the lounge just tempting enough to make a person want to stay awhile.

On a typical morning, one might find a line of morning commuters waiting in their cars for their daily coffee fix. It’s October, and the Aftershock crew is dressed in Halloween costumes ranging from cats to Star Wars characters. They are working at a feverish pace to get food and drink orders ready as quickly as possible, only stopping the flow to walk outside to serve drive-through customers in line. 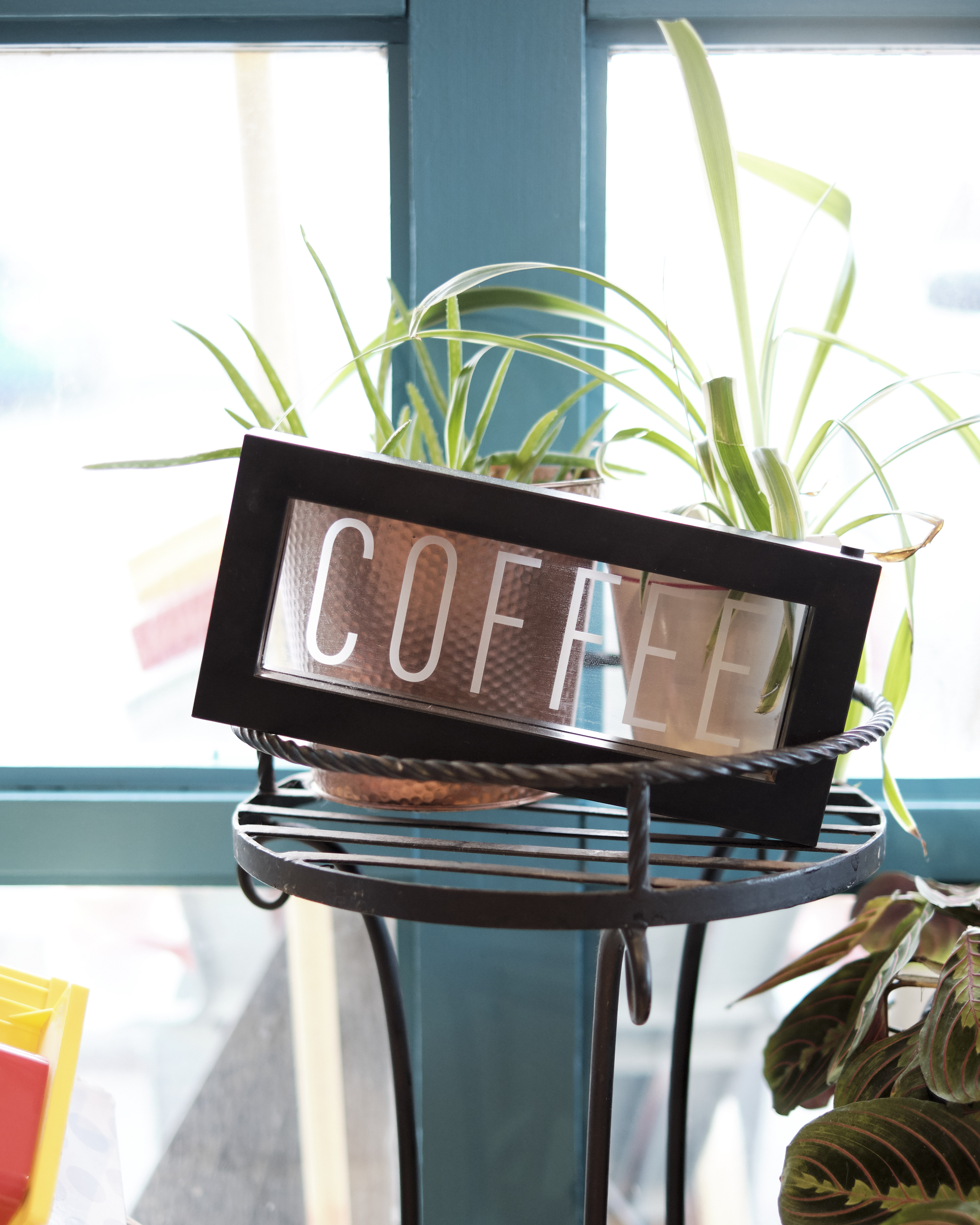 Aftershock regulars are scattered around the lounge, discussing current events, reading or gazing through the wall of south-facing windows in quiet contemplation. Rosie Klouda, the owner of Aftershock Espresso, and the rest of her crew are on a first-name basis with most customers.

“What sets us apart is our friendly attitudes and relationships with our customers,” Klouda said. “We get to know you and your favorite things, and always try to make sure you leave Aftershock with a smile and a tasty drink.”

Klouda didn’t think she would be a small-business owner this early in her life. After working as a barista for 10 years, the opportunity to become the new owner presented itself.

“I couldn't pass it up,” Klouda said.

Klouda says the building Aftershock Espresso sits in has been around since the 40s and has seen many incarnations over the years.

“I've been an employee since 2013 when Trina Pomeroy was the owner,” Klouda said. “She was also a barista working at the shop when she purchased it. The name Aftershock Espresso came from Trina… I kept the name, as it is quite relevant, especially in the last year.”

The building has survived both the 1969 and 2018 earthquakes.

“I was at the shop the day of the (2018) earthquake, only lost a few bottles of syrup. We got lucky,” Klouda said.

Aftershock Espresso offers a variety of sometimes CBD-infused coffee, tea and food items, as well as some not-so-common in-house concoctions, including “Goldenmilk” — a mixture of turmeric, cinnamon and honey — which touts anti-inflammatory and digestive benefits. They also serve “The Cure,” a tea and cayenne pepper fueled elixir designed to help with nasty cold symptoms.

As for the future, Klouda plans to keep growing Aftershock’s customer base and continue to be a presence at community events and festivals. Klouda hopes to start a barista-training program one day.

“Spenard has its own cast of characters and people that make this area one of a kind,” Klouda says.